Telegram Update Enables Video Calls With Up to 1,000 Viewers 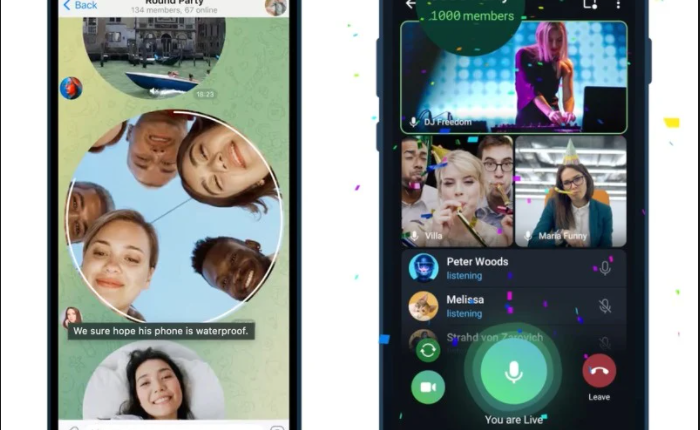 Group video calls in Telegram allow up to 30 users to stream video from both their camera and their screen, and now a maximum of 1,000 people can tune into the broadcast. Telegram says it intends to continue increasing this limit “until all humans on Earth can join one group call.”

Meanwhile, video messages now have a higher resolution, and any audio playing on the user’s device will keep playing when a message is being captured so that it’s included in the recording.

In addition, users can now tap on a video message to expand it in the conversation thread. Tapping on an expanded video message initially pauses it, and it’s also possible to fast-forward and rewind the message.

Elsewhere in this update, the media player now supports multiple video playback speeds, screen sharing has been added to one-on-one calls, the in-app camera supports all zoom levels a device is capable of, and the media editor includes new tools to illustrate photos and videos with drawings, text, and stickers.

Several other smaller tweaks and improvements have made it into this bumper update, and Telegram has further details in its latest blog post. Telegram is a free download for iPhone and iPad from the App Store. [Direct Link]

Huawei P50 series unveiled: Not one, but two camera bumps on these superphones