Learn about the rise of today's social media, including the early technologies that inspired social networking today. 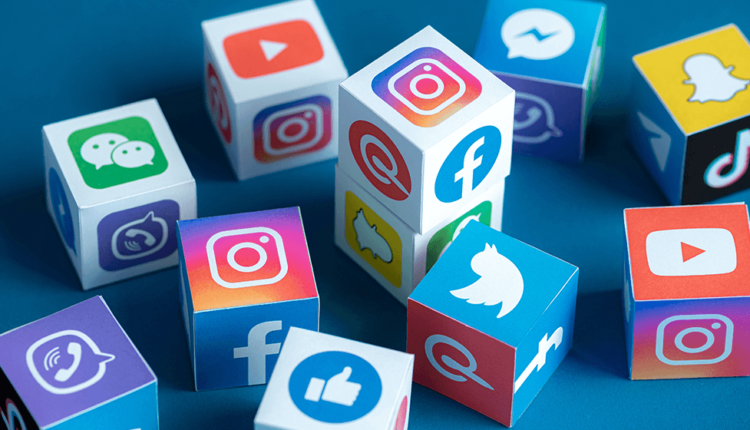 The Merriam-Webster Dictionary defines social media as: While services like YouTube and Facebook automatically come to mind, you can trace the origins of social media back to the late 1970s.

In this article, you will find a brief overview of the history of social media, from the early pioneers of electronic communication to the social networking platforms that dominate the internet today.

Randy Suess and Ward Christensen introduced the Computerized Hobbyists Bulletin Board System in 1978.

While initially designed to help the inventors network with fellow members of a computer club in Chicago and generate content for their club’s newsletter, it eventually grew to support 300-600 users.

CBBS still exists today as a forum with posts dating back to 2000.

For those looking for modernized versions of bulletin board systems, try Wikipedia’s list of internet forums.

As an extension of BBS systems, Jarkko Oikarinen set up the first Internet Relay Chat (IRC) client and server in 1988. It would allow users to chat with each other in real time.

That would lay the groundwork for instant messaging services like mIRC and ICQ, which still exist today.

While ICQ has continued to update its interface to match the current times, mIRC has had the same website since 2008.

In 1992, America Online (AOL) became available to the public. By 1995, America Online’s 3 million users could interact via email, forums, and chat rooms.

Celebrities like Michael Jackson used America Online chat rooms to host one of the first Ask Me Anything (AMA) sessions with over 25,000 participants.

AOL released a free, standalone version of its instant messenger service in 1997, which connected its users until it signed off for the last time in 2017.

This service still exists today, along with the social network Qzone (launched in 2015), boasting 574 million users.

Dan Pelson designed Bolt as a platform for 15-20-year-olds to use for email, voice mail, voice chat, message boards, and instant messaging. 11 years later, Bolt announced in its forums that it would shut down.

Six Degrees founder Andrew Weinreich, sometimes referred to as the father of social networking, created his platform to help people connect with people they didn’t know (yet).

He also filed the first social networking patent for:

The platform still exists today, although it doesn’t look like it has changed since 2017.

The Birth Of Social Blogging

In 1998, Open Diary became the first online diary platform to bring together diarists, allowing them to share their thoughts and comment on others’ musings. Writers still use the site today to share their personal stories.

A year later, in 1999, LiveJournal would enter the social blogging arena.

In addition to sharing ideas and creating community through commenting, LiveJournal offered the ability to become friends with like-minded people, boosting the social appeal of blogging.

From Social Dating To Social Gaming

Friendster, launched in 2002, was described as:

Its founder, Jonathan Abrams, filed several patents, including methods for connecting users based on their relationships, managing connections, and inducing content uploads in a social network.

From 2010 until its end in 2015, Friendster shifted focus from a network for connecting friends to a “…social gaming destination of choice.”

It allowed people to connect, play games, and share their progress.

The Rise Of Today’s Most Popular Social Platforms

In the early 2000s, we saw the launch of several of the top social networks still popular today.

Launched in 2003, LinkedIn created a social networking space for professionals to strengthen their network connections for better career opportunities.

Today, the network has over 830 million members worldwide.

Shortly after LinkedIn, Myspace would launch in August 2003.

In 2013, Myspace rebranded itself as a music portal to connect people with their favorite artists and is a music-focused social network.

2004 saw the launch of Facebook (first known as Thefacebook). Created by Mark Zuckerberg to connect with other Harvard students, Facebook’s popularity exploded. By the end of 2004, it had over 1 million users.

Since then, it has become the second largest social network, boasting 3 billion users worldwide.

In 2004, Flickr became the first social network for photo sharing.

As of 2019, the network had over 100 million accounts and still considers itself the “…best online photo management and sharing application in the world.”

In 2005, Alexis Ohanian and Steve Huffman launched Reddit as a place where users could share content, discuss topics of interest, and vote up the most popular stories.

Reddit has since developed a base of over 430 million users, 100 thousand communities, and 13 billion posts and comments.

The idea behind their network was simple: allowing users to send short messages of up to 140 characters to friends and acquaintances.

Now, Twitter’s user base of 436 million can send tweets with up to 280 characters with images and video.

The community, now managed by CEO Matt Mullenweg, founder of WordPress, has over 472 million users and 550 million blogs.

Launched in 2009, Sina Weibo is China’s answer to Twitter. The microblogging service currently has 582 million users.

The self-proclaimed visual discovery engine allows users to bookmark images as pins to create a virtual vision board full of ideas. The network is home to over 433 million users and 200 billion pins.

2010 also saw the launch of Instagram by founders Kevin Systrom and Mike Krieger.

The photo and video sharing service, acquired by Facebook in 2012, has grown to 1.4 billion users and expanded its features to include live video streaming and shoppable posts.

The social question-and-answer network aimed to bring together people with questions and experts in specific fields to provide answers.

It is home to 300 million users, including former presidents and popular celebrities.

While initially considered a “terrible idea” by fellow students in a product design class, this network would eventually become one of the top social networks for teens and home to over 347 million users.

It currently has over 700 million users.

Since its inception, it has expanded from focusing on the gaming community to giving spaces to any interested community looking for a place to belong.

Discord is now home to over 150 million users and 19 million servers with 4 billion discussions.

TikTok (or Douyin in China) launched internationally in 2017 after being acquired by ByteDance and merged with Musical.ly.

Known as the leading destination for short-form mobile video, it has over 1 billion users and is the most downloaded app worldwide.

Paul Davison and Rohan Seth founded Clubhouse in 2020 as a social network for hosting voice chatrooms.

While it began as invitation only, it is now open to the public and available for Apple and Android users. As of February 2021, it had 10 million weekly active users.

Unfortunately, not all social networks found long-term success. In this section, you will find some notable names in social media history that came, made their mark and faded into the sunset.

Around the time that Facebook and Flickr entered the social landscape, Google launched its first social network in 2004 – Orkut. It boasted 300 million members at its peak until it shuttered in 2014.

Another social product from Google, Google+, launched in 2011. Although it was integrated with Google’s other products, including YouTube, and boasted over 500 million “identity” users, it would eventually shut down in 2019.

In 2012, Colin Kroll, Rus Yusupov, and Dominik Hofmann launched a unique social video network, Vine. It allowed users to share short, looping videos. Twitter acquired the platform in 2013 but ultimately shut it down in 2019.

Live-streaming video service Periscope launched in 2015 after being acquired by Twitter. Twitter ultimately incorporated live streaming into its network, shuttering Periscope as a standalone app in 2021.