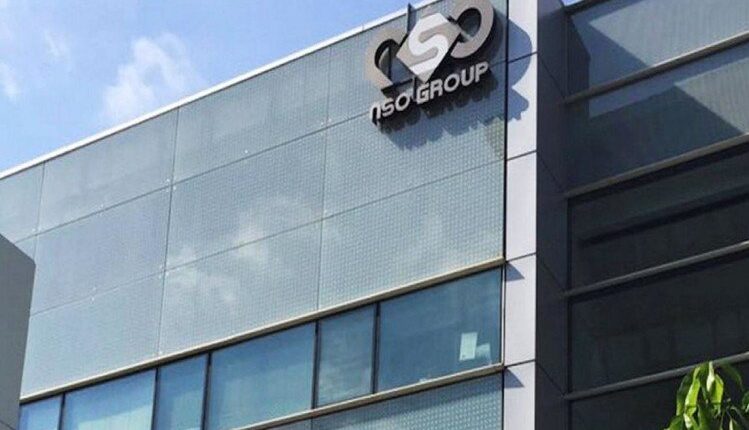 Pegasus Hacking, In India, as many as 300 people including several journalists, activists, opposition leaders as well as two serving ministers in the Narendra Modi government were allegedly targetted by this surveillance software, according to The Indian Express.

Built and marketed by Israeli cyber intelligence company NSO Group, the Pegasus spyware can infect devices and transfer data from the hacked device to a master server. The company has asserted that it sells Pegasus only to “vetted governments”.

“NSO creates technology that helps government agencies prevent and investigate terrorism and crime to save thousands of lives around the globe,” according to the company website.

In its basic form, the spyware can infect devices that are connected to the internet. However, recent additions enable the spyware to infect devices, where the users may not have clicked on any malicious links or messages.

Experts believe that Pegasus can access devices through vulnerabilities in the most commonly used apps like WhatsApp. Once the device is infected, it can relay information in chats, contacts, data backup, calendars, text messages, and even emails to a controlling server.

The capability of accessing devices remotely was a prerogative of a few selected countries in the past. However, with the advancement of technologies, many of the high-end espionage and surveillance powers have been accessed by many countries, groups, and even individuals, BBC reported.

Why China Is Angry

Amid the Pegasus row, the US accused China of leading a global cyberespionage campaign, reported Reuters. The US rallied support from its allies in NATO, the European Union, Australia, Britain, Canada, Japan, and New Zealand, and accused entities affiliated with the Chinese government of hacking into the Microsoft Exchange server.

The US and its allies alleged that the Chinese government was part of the ransomware, data theft, and cyber espionage attacks which also included the Microsoft Exchange server.

In addition, the US Justice Department charged four Chinese nationals with the hacking of dozens of companies, universities, and government agencies in the country. According to reports, the hacking was allegedly sponsored by the Ministry of State Security and gathered such information and data, beneficial for Chinese companies and businesses.

Over the past few years, many Chinese firms have been charged with cyber espionage at the behest of the Chinese government. One of them includes Chinese telecom giant Huawei. The phone company was established in 1987 by a former People’s Liberation Army officer, Ren Zhengfei.

Labeling the Huawei phones as a potential security threat, many networks such as Verizon and AT&T have banned the Huawei phone, reported Forbes. Also, many countries around the world have blocked telecom firms from using the Huawei gear in their upcoming 5G mobile networks.

Timothy Heath, a senior international defense research analyst at the RAND Corporation, is of the opinion that the Chinese authorities can gather and access information over Huawei communication technologies and that various consumer tech devices such as phones which use Huawei technologies can be easily exploited by Chinese authorities.

“Tech companies play a critical role in developing the dual-use technologies that the PLA needs to fight a hi-tech war against world-class militaries like that of the US,” he stated.

Last year, the US Justice Department had alleged that China could use Huawei’s next-generation communication networks to “steal corporate secrets, censor content and track dissidents”.

Earlier this year, five Chinese tech firms including Huawei were identified as an “unacceptable risk” to national security by the US Federal Communications Commission (FCC).

Since 2014, these Chinese hackers have targeted aerospace, defense, government, telecommunications, mining, and research firms in the country.

RedFoxtrot is believed to have close links with the Chinese army, called the PLA Unit 69010. The Times of India reported that the specialized cyber-attack unit 69010 of the PLA, was known as the Lanzhou Military Region’s Second Technical Reconnaissance Bureau.

In 2015, it was integrated into the Network Systems Department of the PLA’s Strategic Support Force (SSF). The Unit has many groups to conduct cyber-attacks and cyber espionage and monitors military activity along the western border of China.

Coming under fire for alleged cyber-espionage, China, in turn, accused the US of leading a campaign maligning China, while ignoring the Israeli Pegasus spyware incident. Calling the threats in the cybersecurity domain as a global threat, Zhao Lijian, Spokesperson of China’s Foreign Ministry urged countries around the world to join hands to counter the common enemy, reported The Global Times.

Zhao also accused the US of “ganging up’ with its allies to slander China, while observing silence on the Pegasus spyware.

Chinese tech giant 360 Security Technology also called the recent US allegations on China groundless and maintained that a hacking group APT-C-39, belonging to the American CIA, has been involved in numerous attacks on China’s aerospace and scientific research institutions, Chinese petroleum industries, and internet companies.

China has also alleged that it had captured more than 42 million malicious programs last year, in its operations against cyberattacks. According to the National Computer Network Emergency Response Technical Team, most of these program samples originated in the US and India.

How To Check If Your Smartphone Is Infected With Pegasus Spyware