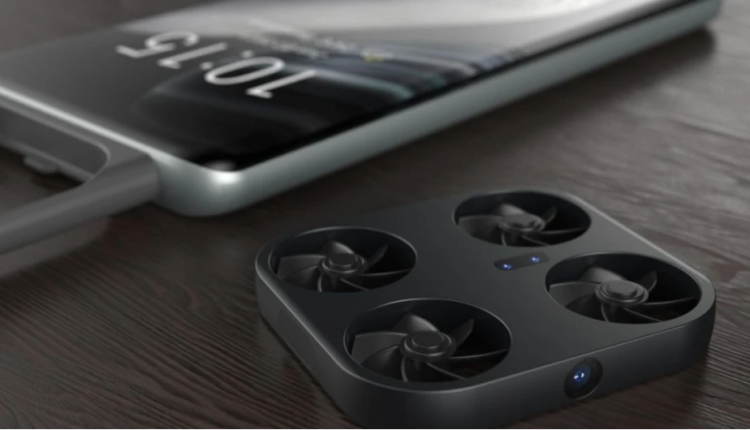 Less than a week ago we reported that Vivo filed a patent on what is likely the most crazy smartphone concept yet – a phone that comes with a built-in flying drone!

As shown in Vivo’s patent (see image below), the plan for the dual-camera mini-drone is for it to be stored inside the phone itself. When needed, the drone will pop out of the phone similarly to how an S Pen pops out of a Galaxy Note. Which would result in either a very thick phone or a record-breakingly thin and light camera drone.

Once the camera drone is out of the smartphone, the user will be able to control it and capture standard drone shots, some cool (and likely very steady) videos at different heights and selfies from afar.

But we don’t have to rely on patent images anymore, as now LetsGoDigital and designer Sarang Sheth have shared some amazing concept renders based on Vivo’s patent. We can now bask in the glory of Vivo’s vision for the future of smartphone photography in great detail:

Pretty incredible, isn’t it? Of course, it’s worth noting that those are just concept renders based on a Vivo patent. In the end, the phone might look completely different than shown here, if it even gets released. But either way, this is quite a fascinating concept phone.

Realistically even the smallest drones in the world right now aren’t as thin as this one needs to be in order to fit inside of a phone. Drones nearly as thin as a smartphone actually do exist, but we have to consider that this one is planned to be packing at least two cameras, and obviously – also needs enough room inside for a battery. So we can suspect that a drone like it would result in a rather thick and heavy phone.

The drone will also take up valuable space inside the phone, which would force Vivo to go with a smaller battery for it. Plus, let’s not forget how loud drones can get, which is going to have an impact on video recordings. There are just so many issues to overcome with an idea like this.

Then again, Vivo is one of the biggest phone makers in the world, with a whole lot of money for research and development, and is clearly interested in this idea. Who knows, smartphones like this might become a reality in the next few years, if the demand is there.

How to make scotch eggs – recipe