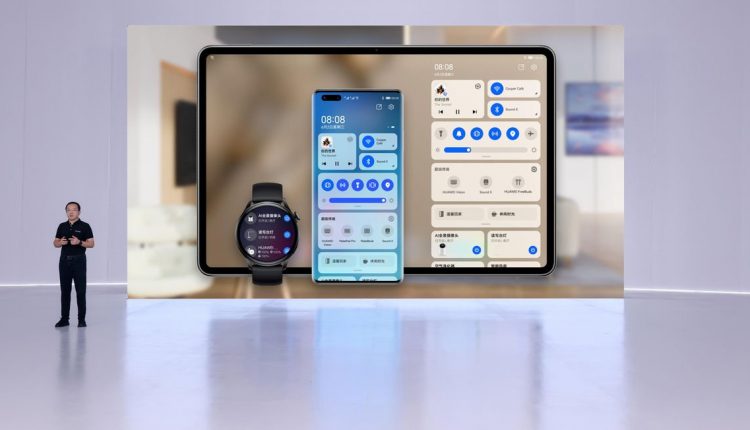 Hauwei is targeting other handset vendors that they hope will adopt Harmony OS, posing a direct challenge to Google Android’s dominance in the market.

More by this Author

The move comes as a Plan B after two years since Google banned Huawei from using the Android Operating System on its phones and other electronics.

Since Google’s ban, Huawei has been able to contend with its software overlay EMUI 11 for any phones manufactured beyond 2019. Therefore, due to US restrictions, until now, no Google apps, including Google Play Store could be preloaded or downloadable on any of the Huawei phones.

Most Huawei phones now use the Huawei App Gallery as its main app store.

Hauwei is targeting handset vendors that they hope will adopt Harmony OS, posing a direct challenge to Google Android’s dominance in the market.

Huawei’s Harmony Operating System has been described as the next-generation operating system for smart devices such as smartphones, tablets, smart watches and even home appliances using the Internet of Things (IoT).

The tech giant in a recent press statement shows the operating system provides a unified language for intelligent interconnection and collaboration of different devices, delivering simple, smooth, continuous, and secure interaction experience in all scenarios.

“We are surrounded by more and more smart devices these days, and are now in a world where all things are connected,” said Richard Yu, executive director and chief executive officer of Huawei’s consumer business group. “Every single one of us is a part of this fully connected world, as is every device.”

Its features also give flexible deployment with the new system architecture decoupled by full-stack components for flexible deployment in any devices, whether big or small including small devices who’s Random Access Memory (RAM) could be as small as 128 KB, can all run the same operating system.

The system also has a free combination of hardware to form a super device with distributed capability that enables multiple hardware devices to collaborate with each other for capability sharing based on your requirements.

This means in the control panel, the user is able to see all their devices listed, including mobile phones, tablets, smart screens, computers, speakers, and earphones, and can drag the icon of one device to that of another device to connect the two.

Music, video, file management, and photo editing can be accessed across devices based on smoother and more efficient connections. Smart home devices can also be connected to your mobile phone with a single tap.

The operating system also has Huawei Mobile Services (HMS), and this includes apps for consumers, such as the AppGallery, HUAWEI Browser, and HUAWEI Mobile Cloud, as well as HMS Core. The HMS ecosystem is an ecosystem of apps and services, which could all run on HarmonyOS.

Android apps that have integrated HMS Core will continue to function on HarmonyOS.

When multi-device collaborative identity authentication is activated, users can only unlock their phones with a combination of facial recognition on their smartphone and a special check that ensures that the user’s watch is the one connected to the phone.

In addition, HarmonyOS manages user data by category and protects devices by level, setting specific security thresholds for Super Devices. Only devices that meet strict security requirements can access data corresponding to their security level, making sure that users can make use of Multi-device Collaboration features with true peace of mind.

The Operating System is yet to launch in Africa. But according to Ms Sooma Mukyala Fouziya, the public relations officer of Huawei Uganda, there are more than 300 application and service providers, over 1000 hardware manufacturers, and at least 500,000 developers in the HarmonyOS ecosystem.

This number remains small compared Google’s Android and iOS who dominate smartphone operating systems, accounting for more than 99 per cent of mobile devices in May, according to Stat Counter- a web traffic analysis website.

According to Stat Counter, Android represents 72.7 per cent of the market and iOS 26.5 per cent. Huawei is racing to get more developers to build apps compatible with its proprietary operating system, Harmony OS.

SEO Salary Report 2021: How Much SEO Pros Get Paid

The U.S. Military Is Testing a Pill That Could Delay Aging