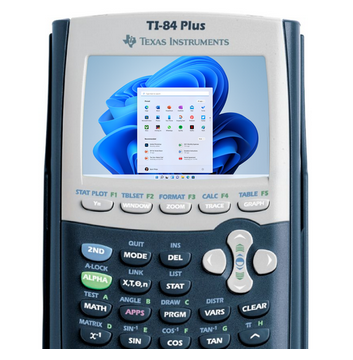 The hardware requirements for Windows 11 exclude most PCs in use today, a problem that Microsoft itself can’t seem to explain or justify. Somewhat ironically, though, it turns out that Windows 11 is a lot like DOOM—all it needs is a bit of tinkering to work in impossible places.

So put on your thinking caps and grab some snacks, kids. We’re about to play a round of “Will It Run Windows 11?”.

Engineering student and obsolete phone enthusiast Gustave Monce managed to get Windows 11 running on a Lumia 950 XL, one of the last Windows phones released before Microsoft gave up on mobile devices. It certainly doesn’t run that fast, but it runs!

As reported by The Verge, Monce and fellow engineer Bingxing Wang recently got Windows 10 and 10X working on old WIndows phones. Bringing the Windows 11 Insider build to the Lumia 950 XL was just a natural step in this progression, though it required the reverse engineering of some drivers (and a few custom-made drivers).

For detailed information on this hack, go check out the Lumia WOA Project’s website.

Join 206,000 subscribers and get a daily digest of tech and gadget news and reviews.

One cool thing to note about Windows 11 is that it comes in both x86 and ARM64 configurations. The ARM version is intended for devices with Qualcomm mobile processors, such as the crappy-yet-expensive Surface Pro X. But hey, who says you’re stuck using the ARM64 build on PCs?

Some of the developers who work on the Renegade project stepped away from their EDK2 pursuits to try and run Windows 11 on OnePlus 6 and 6T smartphones. First, they loaded the phones with Windows 10 on ARM, then proceeded through the Insider update processes to install. It took a while to install, and new drivers are needed to make basic features functional (like the speakers), but yeah … Windows 11 runs on Android phones!

You can learn more about the Renegade project and check out some of its cool EDK2 ports on the team’s GitHub.

Oh man, I’m sorry that your PC doesn’t have a TPM chip, or whatever it is that Microsoft requires for Windows 11. I guess you’re stuck buying a new computer! Wait, not that one …

It turns out that Windows 11 can run on a $35 Raspberry Pi 4 microcomputer. Yes, you have to use the ARM64 build and bypass the TPM crap, but it works. And as reported by Windows Latest, the ARM version of Windows 11 actually works better on a Pi computer than any other Windows on ARM build. It seems that Microsoft really wants to step up ARM support with this new release (too bad you have to hack your way past the hardware requirements).