When your need for high-speed portable storage surpasses your capacity for responsible budgeting. 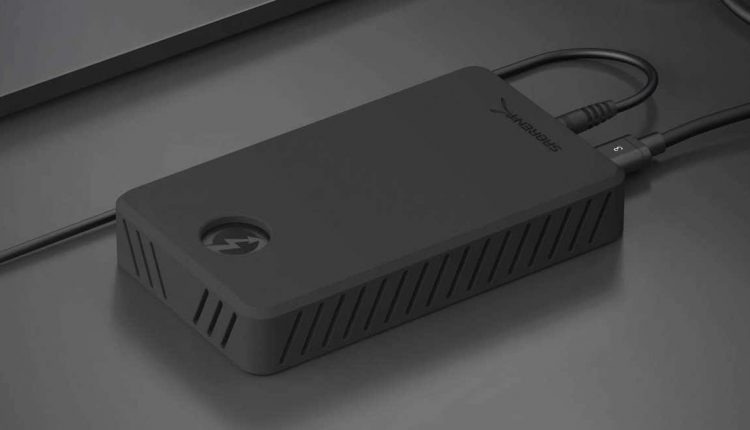 If you need your data to be mobile, solid-state flash memory is the way to go, providing more speed and durability than traditional hard drives. Limited capacities have so far hindered their adoption, but Sabrent has solved that by cramming two SSDs into its new budget-breaking 16TB Rocket XTRM-Q.

With two eight terabyte SSD drives inside an aluminum enclosure, the Rocket XTRM-Q isn’t as compact as smaller capacity flash memory drives like Crucial’s X6 that manage to squeeze four terabytes down to the size of a matchbook. The twin drives also draw more power than most external SSD drives, so like the external drive days of yore, the Sabrent 16TB Rocket XTRM-Q will require its own separate power source, but that’s included.

Each drive promises up to 1,400 MB/s write speeds, which means that when the 16TB Rocket XTRM-Q is set up with a RAID 0 configuration, where data is written to both drives at the same time, write speeds can hit up to 2,800 MB/s. If you prioritize the safety and security of your data, however, the drive can also set up in a RAID 1 configuration, where each drive holds a copy of the same data, but that means the capacity is halved to eight terabytes instead. A third configuration, JBOD (just a bunch of disks), is also available, which writes to each drive sequentially so you have the maximum capacity with slower write speeds, but the added advantage of not losing all of your data should one of the two SSDs fail.

If you were doing spit takes at the Crucial X6 4TB SSD’s $490 price tag, you’ll want to make sure to swallow whatever you’re drinking before reading the rest of this paragraph. The 16TB Rocket XTRM-Q is listed at $3,300 on Sabrent’s website, while Amazon currently has it at $2,900. Given you can also snag a four terabyte Western Digital hard drive for about $70 on Amazon right now, for the same price as Sabrent’s new SSD you could build yourself a 165TB drive array, but good luck finding a pocket big enough to carry it around.

Without TPM, Windows 11 to Ship for ‘Special Purpose’ Systems