New Teams and Office tools will make it easier to work at home, in the office, or a mix of the two. 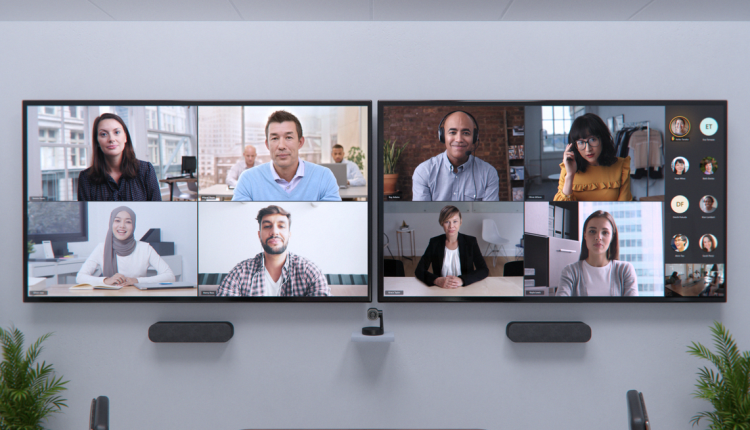 In order to address the challenges of people working from home, in the office, or a blend of the two, Microsoft is updating Teams, Office 365, and more with a slew of new features.

One of the most important changes is the addition of Fluid components to Teams meetings, OneNote, Outlook, and Whiteboard. For those who aren’t familiar with Microsoft’s collaborative features, Fluid components are a range of lists, tables, and items that can be shared with co-workers and edited collaboratively, both in real-time or asynchronously.

Back at its Build event earlier this year, Microsoft added support for Fluid components to Teams chat and Office apps. Now, by expanding those collaborative tools to a wider range of productivity apps, Microsoft is hoping to make collaboration easier than ever, especially for workforces with a mix of people working in the office and remotely. Microsoft says Fluid components should make it easier to take notes during a meeting, and with new notes and task getting automatically “placed” in the right spot based on the meeting people are in, workers should be able to better manage and save components in a more organized way.

Teams Rooms Gets a New Layout

Meanwhile, to help address the sometimes awkward interface between office workers and remote workers during meetings, Microsoft is also updating the way video meetings look in Teams Room with a new front row layout. By moving the video gallery to the bottom of the screen, making the meeting chat more visible, and adding items like notes and agendas to the side of the main presentation, Microsoft says users should feel more like everyone is sharing the same communal space, instead of potentially prioritizing people who are able to be present physically in the office.

On top of that, to further highlight remote workers, the new video layout will also expand the video gallery showing people’s webcams across multiple displays when there’s less content being shared, with other updates adding new live reactions, a spotlight feature, and even the ability to pin multiple streams and chat bubbles in the classic video layout.

Of course, when we’re talking about video meetings, it’s also important to consider the hardware these meetings are running on. So to help improve hybrid working, Microsoft says it’s teaming up with a range of partners including Jabra, Logitech, Poly, and now Neat to create new video views for meetings. And with intelligent speakers from EPOS and Yealink, Microsoft can also use voice recognition to tag current speakers and automatically add their name to meeting transcripts. (Though you will need to run everyone on the team through an initial enrollment process beforehand.)

And for companies who have invested in fancy tech like a Surface Hub, Microsoft is also creating a new experience for Teams Rooms to get the best out of all the screen real estate and touch support.

In case Fluid components aren’t enough to spark team-wide collaboration, Microsoft is also updating Whiteboard with new features to support hybrid working, such as a new UI, improved support for styluses, guided collaboration, and even more integration with Microsoft 365.

Microsoft is adding a laser pointer to help you highlight your subject during digital presentations, while new Whiteboard templates and a new collaboration cursor are designed to help people work together better on the same project simultaneously.

Microsoft is also updating its Insert Image and Documents feature to make it easier to share content with others online. And for those who prefer using styluses, Microsoft is also adding improved inking that makes lines look smoother and uses better shape recognition so you can highlight specific items without distracting people with your inability to draw circles or straight lines.

And holding everything together is a new UI that incorporates a new Fluent Toolbar housing an updated set of visual collaboration tools, a new Top Bar, and a more unified layout that should provide a more consistent experience across a range of devices and platforms.

Finally, to help boost workers’ mental health, Microsoft is introducing a new focus mode, quiet time settings, and meditation integration from Headspace in Microsoft Viva Insights. Initially, the focus mode will allow people to block out times in their schedule, but starting later this year, focus mode will also incorporate music and timers to help you get stuff done while still including scheduled breaks. And to help preserve a healthy work-life balance (whatever that means nowadays), the quiet time settings will make it easier to silence notifications outside of work hours, with stats to show you how well you’re able to disconnect.

While there’s nothing sexy about productivity software, it’s nice to see Microsoft embrace the transition to more flexible working conditions, especially with remote workers often feeling like they have to take a backseat compared to their counterparts in the office.

Microsoft’s new hybrid work updates will begin rolling out today with additional updates and features slated to continue throughout the summer.