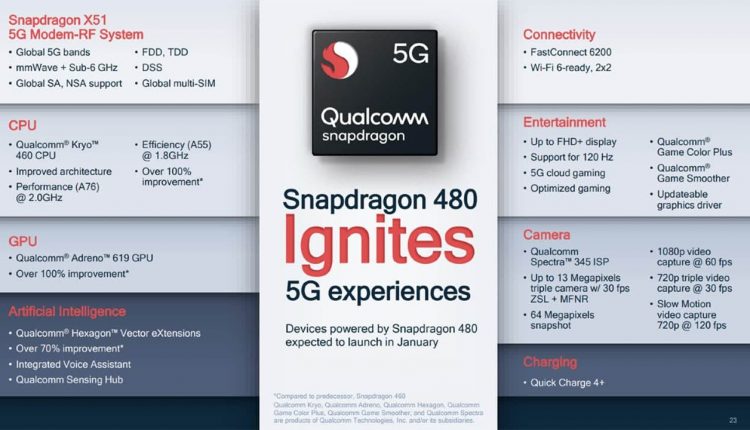 Moreover, during the event, the company has launched the MatePad 11 tablet, which equipped with Qualcomm Snapdragon 865 processor. Recently, it was reported that the MatePad 11 Chinese variant enters the production unit and will be soon available in the market. On other hand, Huawei also used Snapdragon 870 chipset on the MatePad Pro 10.8 tablet.

Now, a Weibo tipster – Chrysanthemum Fans discloses that Huawei is planning to launch several new low-cost smartphones as soon as possible. Among them, one of the phones comes with Qualcomm’s latest Snapdragon 480 5G processor. 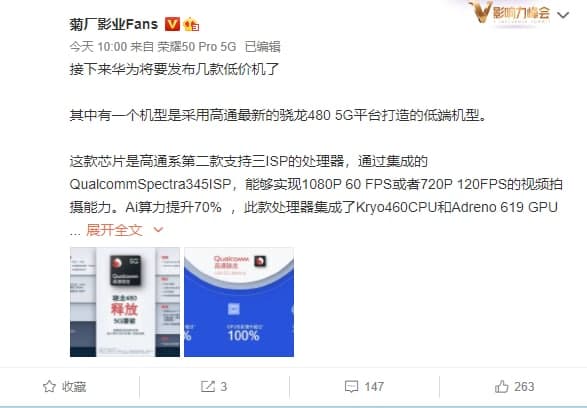 According to the information, the Qualcomm Snapdragon 480 5G comes with the first triple ISP in the 4-series with Qualcomm Spectra 345, designed for multi-camera support and power savings for more photos and videos per charge.

This processor integrates Kryo 460 CPU and Adreno 619 GPU. It’s the first chipset to use TSMC’s 8nm process in 4-series for improved performance and power savings. The main frequency is up to 2.0GHz, which is close to 100%.

It is the first truly global 5G connectivity in 4-series and supports TDD, FDD, and Dynamic Spectrum Sharing for global 5G coverage. 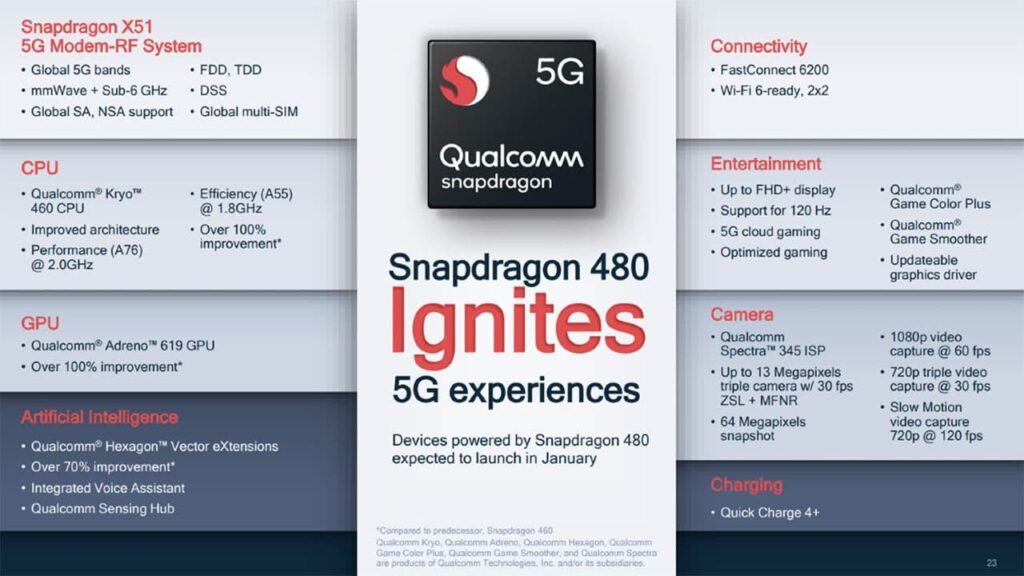