The latest impact of Elon Musk's tweet was noticed on May 19 when the entire crypto sector lost nearly $1 trillion at one point. 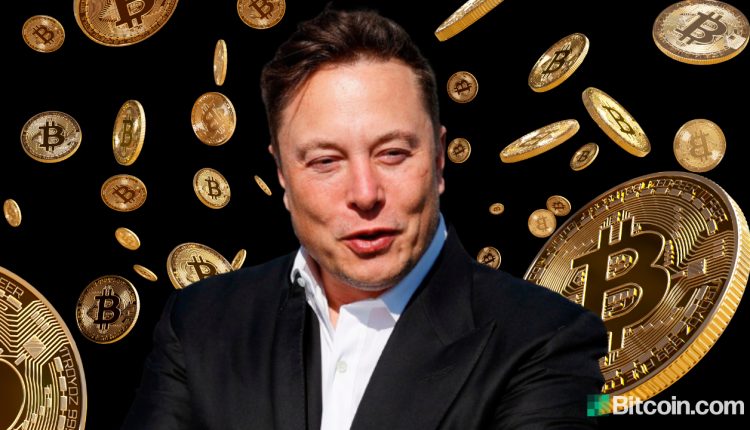 If anyone has amassed considerable power to move markets with a single tweet, it’s none other than the Elon Musk. With over 55 million followers, the celebrity CEO ‘literally’ shakes the market every time he posts something about cryptocurrencies on Twitter.

The latest impact of Musk’s tweet was noticed on May 19 when the entire crypto sector lost nearly $1 trillion at one point. Bitcoin, the biggest and most popular cryptocurrency in the world, had hit a three-month low of $30,066 on Wednesday at one point, over 50% down from its record high of $64,895 in April. Ethereum dropped nearly 57% to $1,850, its weakest level since late January.

A Musk tweet with barely any word and two emojis helped bitcoin and ether to pare back their losses later in the day on Wednesday.  The electric carmaker co-founder said Tesla has “diamond hands”, implying that the auto company would not be parting with its $1.5 billion stake in bitcoin. The well-known cryptocurrency had risen back later to about $38,500, all thanks to Musk.

“Recent comments by some Industry stalwarts such as Elon Musk might have also contributed to some corrections in the pricing,” said Neeraj Khandelwal, chief technology officer (CTO) and co-founder of CoinDCX.

Look how Musk’s tweets mover cryptocurrency market over the months

It took one tweet from Musk to tumble bitcoin to below $45,000 from a high of $65,000. Tesla CEO responded to a tweet which said, “Bitcoiners are going to slap themselves next quarter when they find out Tesla dumped the rest of their #Bitcoin holdings. With the amount of hate @elonmusk is getting, I wouldn’t blame him…”. Elon Musk replied ‘Indeed’. However, he later clarified that Tesla will not be selling any coins.

On May 13, 2021 Musk had announced that Tesla will no longer allow vehicle purchases using bitcoin due to environmental concerns. CEO said that, “Cryptocurrency is a good idea on many levels and we believe it has a promising future, but this cannot come at great cost to the environment. Tesla will not be selling any Bitcoin and we intend to use it for transactions as soon as mining transitions to more sustainable energy.” Bitcoin plunged by around 10% soon after the tweet.

Musk’s tweets about dogecoin recently triggered a rally in the digital currency, which started as a social media parody. Dogecoin has surged to become the fourth-largest cryptocurrency by market cap, according to CoinMarketCap.com.

In April, Musk appealed to people on Twitter to move to Starbase. “Please consider moving to Starbase or greater Brownsville/South Padre area in Texas & encourage friends to do so! SpaceX’s hiring needs for engineers, technicians, builders & essential support personnel of all kinds are growing rapidly,” read the first tweet. “Starbase will grow by several thousand people over the next year or two,” Musk said in a follow-up tweet. Soon after Musk’s tweet, a cryptocurrency called Starbase Token, carrying the STAR ticker, surged around 6000%, reported CryptoPotato.

“I don’t understand this asset class. It excites and enthrals, and then on a single tweet, it falls,” said Radhika Gupta, managing director and chief executive officer, Edelweiss Mutual Fund after recent slump in crypto market.