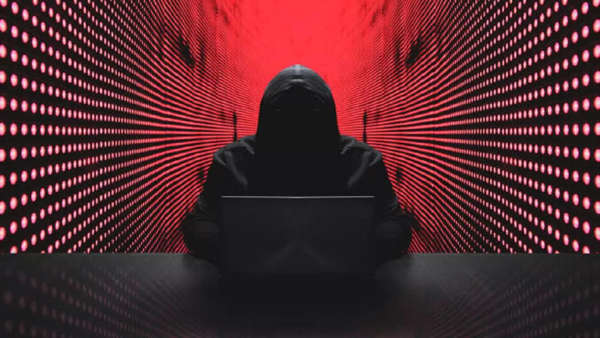 Pervez Musharraf would have felt ambushed, Michel Platini would flash a red card, Liz Truss aide Mark Fullbrook would’ve felt shortchanged in her short PM stint and BMW’s Stefan Quandt would slam the brakes if he could. The leading lights featureon a dark laundry list of big names targeted by hackers in India at the centre of a world-wide scandal in which the gangs allegedly earned thousands of dollars by breaking into emails of government and prominent figures at the behest of private investigators.

The UK-based Sunday Times Insight Team and the Bu-reau of Investigative Journalism sent undercover reporters to India earlier this year posing as former MI6 agentsturned-corporate investigators seeking to hire some of India’s top computer hackers to infiltrate the illegal hacking industry. One hacker claimed to have used Pegasus, the Israeli software which ignited a po-litical firestorm in India two years ago and prompted an SC probe into surveillance allegations. Hacking is illegal in India and the UK. The undercover reporters set up a fake corporate investigation firm in Mayfair, London called Beaufort Intelligence.

They then contacted some of the top alleged hackers in India saying they wanted to gain private information on targets of their clients.

When the replies flooded in, they flew to India and interviewed and secretly filmed these hackers to find out more about their work.

Utkarsh Bhargava in Bengaluru spoke to the undercover reporters in their hotel room in Delhi on Zoom. He said he was commissioned to break into the computer systems of different ministries in the governments of Turkey, Pakistan, Egypt, Cambodia and Canada. “Our job was to get the data and hand it over,” he told the undercover reporters.

The investigation found that victims were often befriended by Indian hackers on social media and the hackers sent them something interesting to click on. When they clicked, they downloaded malware onto their computer allowing the hacker to access their email inboxes.

The Indian hackers that The Sunday Times spoke to boasted they were never caught. Most began as cybersecurity experts. Bhargava — the one who confessed to have used Pegasus — claimed to have hacked the passenger list for Egyptair. He said no one in India was trying to prosecute hackers as the Indian police “did not understand these things”.

The undercover reporters also met an ex-Indian army brigadier, Ram Chhillar, founder of cyber intelligence company Phronesis, who said he was able to mine the dark Web for people’s personal data stolen in previous cyber attacks or corporate data breaches.

The team also came across a group of hackers operating from an office in Gurgaon under the name WhiteInt run by Aditya Jain, 31, a Deloitte staffer who moonlights as a hacker. The Sunday Times reported Jain as saying that he could get access to the email inbox of anyone inthe world within 30 days.

The reporters also met Tej Singh Rathore, 28, a graduate of Kota’s Rajasthan Technical University, at the Leela Palace in Delhi. “The British and the whole world… are using Indian hackers,” he told them, explaining how he obtained passwords through phishing. “90% of private investigators use Indian hackers to do this kind of job,” he said.

“India was a particularly attractive proposition for the investigators. It was not just that India’s enforcement of computer misuse rules was light touch; the commissioning of crimes in a faraway country with a different jurisdiction greatly reduce the risk that investigators would be caught or prosecuted,” The Sunday Times article said.

Automatic IP and Domain Warm-up For Your Email Server