Beijing and Moscow had ‘bent over backwards’ to justify North Korea’s violations of UN sanctions, US ambassador says. 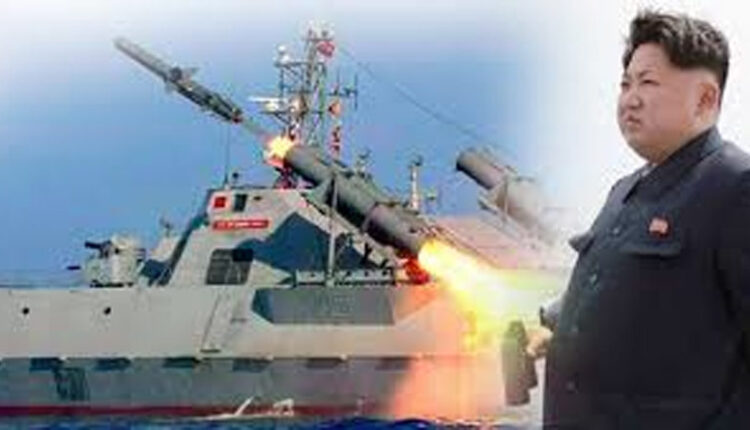 The United States and its allies have clashed with China and Russia, accusing the pair of preventing action being taken by the United Nations Security Council against North Korea for its escalating ballistic missile launches.

The 15 members of the Security Council failed on Friday to agree on a joint statement condemning the recent barrage of ballistic missiles from North Korea. Instead, a number of countries – including France, the United Kingdom and the US – separately condemned Pyongyang’s ongoing missile tests.

North Korea has conducted a record number of missile launches this week, including an apparent intercontinental ballistic missile (ICBM), bringing the total number of missiles fired to more than 60 so far this year.

US Ambassador to the UN Linda Thomas-Greenfield said 13 of the 15 Security Council members had condemned North Korea’s escalating ballistic missile launches since the beginning of the year but that Pyongyang has been protected by two countries – China and Russia – though she did not name them directly.

Both countries had “bent over backwards” to justify repeated violations of UN sanctions by the Democratic People’s Republic of Korea (DPRK), the US ambassador said, using North Korea’s official name.

“And, in turn, they have enabled the DPRK and made a mockery of this council,” she added.

But China, North Korea’s closest ally, and Russia, whose relations with the West have severely deteriorated over its invasion of Ukraine, told the UN meeting that the US was to blame for the ongoing tension with North Korea.

China’s UN Ambassador Zhang Jun countered that North Korea’s missile launches were directly linked to the restarting of large-scale US and South Korean military exercises after a five-year break, including air force exercises involving hundreds of warplanes from the two countries.

The Chinese ambassador also pointed to the US defence department’s recently released 2022 Nuclear Posture Review which he said envisaged North Korea’s use of nuclear weapons and that the demise of the regime in Pyongyang is one of the US’ main goals.

Russia’s Deputy UN Ambassador Anna Evstigneeva blamed the significantly worsening situation on the Korean peninsula on “the desire of Washington to force Pyongyang to unilaterally disarm by using sanctions and exerting pressure and force”.

She called the US-South Korean military air exercises, which began on October 31, unprecedented in size with about 240 military aircraft and claimed they are “essentially a rehearsal for conducting massive strikes on the territory of the DPRK”.

In June, Evstigneeva called for sanctions to be lifted on North Korea, saying the country needed more humanitarian aid and less pressure exerted by the West.

North Korea has defended its weapons programme and its launching of ballistic missiles as a legitimate means of defence against what it sees as a decades-old threat from the US and its ally South Korea.

The US ambassador responded to the Chinese and Russian envoys by saying: “This is nothing but a regurgitation of DPRK propaganda”.

She added that the US and South Korean military exercises “pose no threat to anyone, let alone the DPRK”.

“In contrast, just last month, the DPRK said its flurry of recent launches were the simulated use of tactical battlefield nuclear weapons to `hit and wipe out’ potential US and Republic of Korea targets,” she said.

France’s Ambassador to the UN, Nicolas de Riviere, called at the meeting on Friday for continued pressure over signs North Korea is preparing for its seventh-ever test of a nuclear bomb.

“The current escalation is unprecedented and these new provocations are unacceptable,” he said.

The UN Security Council imposed sanctions after North Korea’s first nuclear test explosion in 2006 and tightened them over the years seeking to rein in Pyongyang’s nuclear and ballistic missile programmes and cut off funding.

But, in May, China and Russia blocked a resolution that would have toughened sanctions over the missile launches, in the first serious rift on the council over the sanctions against North Korea.

UN Assistant Secretary-General Khaled Khiari warned that UN Security Council unity on North Korea was essential if progress was to be made.

“The unity of the Security Council in this matter is essential to ease tensions, overcome the diplomatic impasse and the negative action-reaction cycle,” Khiari said.