The XPeng P7 proves there’s nowhere to hide in the EV marketplace. 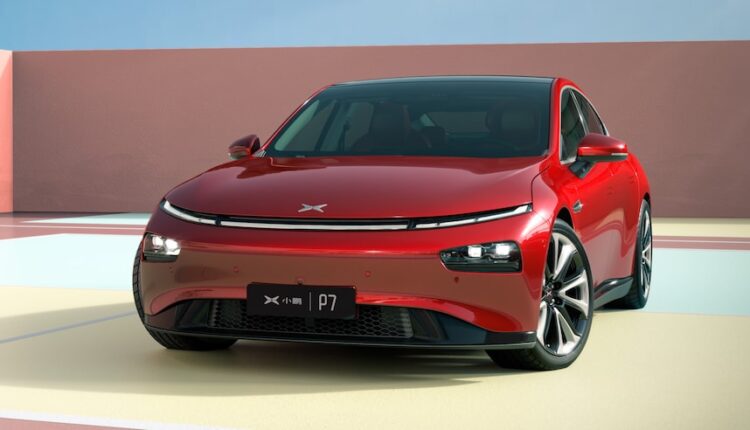 That’s right: The most impressive new car I’ve driven so far this year is the XPeng P7 (hit this link to read the full review). No, I’d never heard of XPeng or its P7 sedan until a few months ago, either.

To be clear, the XPeng P7 isn’t a world beater in terms of its design, performance, or powertrain technology. It’s merely an accomplished EV—quick and smooth, quiet and comfortable, handsome in the Tesla Model S fashion but with a more luxurious interior and similar levels of tech. It would be right at home right now on any American driveway, with no excuses needed. And that’s what makes the XPeng P7 so impressive. You see, the P7, which made its debut at the 2019 Shanghai auto show, is the second-ever car from an automaker that’s only existed for eight years.

Think about that. The first Toyota sold in the U.S., the 1958 Toyopet Crown, launched eight years after Toyota resumed making cars in the aftermath of World War II and compared so poorly with American and European cars of the time that its sale was halted in 1960.

Hyundai Motor Company was founded in 1967, but it wasn’t until 1986, with the launch of the front-drive Excel, that it dared enter the U.S. market. Even then, the Excel’s key selling point was its low price. No one considered its product attributes—its performance, dynamics, efficiency, or quality—on par with mainstream subcompact cars.

The XPeng P7 is a graphic example of the new reality of the auto business in the EV age. In the past, as Toyota and Hyundai and others discovered, the cost and complexities of developing internal combustion engines and suitable transmissions meant newcomers faced huge challenges in terms of delivering vehicles with refined driving manners, good performance and fuel consumption, and solid reliability.

EV powertrains are inherently smooth and quiet, with fewer moving parts to wear or break. There are no pesky calibration issues in terms of getting a motor to meet emission and fuel economy standards or to get it to work together with a complicated transmission. Making a vehicle that’s instantly competitive with mainstream offerings from established OEMs is therefore a lot easier than it used to be.

The XPeng P7 proves the point.

Based in Guangzhou, China, former GAC Group execs Heng Xia and Tao He founded the company in 2014. (GAC Group produces vehicles in joint ventures with Toyota, Honda, Jeep, and Mitsubishi. It also manufactures and sells vehicles in China under the Trumpchi, Aion, and Hycan brands.)

The other founding partner—and angel investor—was Xiaopeng He, founder of Chinese mobile browser company UCWeb, which was bought by the Chinese e-commerce giant Alibaba Group in June 2014. He reportedly made billions from the deal but quit the Alibaba board in August 2017 to become XPeng’s full-time chairman. XPeng is a contraction of his name.

XPeng launched its first vehicle, the G3 compact SUV, in Las Vegas at CES in December 2018, and a face-lifted version, the G3i, is now on sale in Norway. The company’s third model, the P5, a roomy family sedan built on an extended-wheelbase version of the G3’s platform, was unveiled in September 2021.

All three XPeng vehicles feature an end-to-end software architecture developed in-house that supports a wide variety of functions, including an advanced driver assistance system that XPeng says enables up to Level 3 autonomous driving capability in China.

XPeng’s fourth model will be the G9, a larger SUV built on the P7 platform that will boast 800V electrical architecture allowing ultra-fast charging. There are no firm plans yet, but XPeng insiders hint the G9 may be the model chosen to launch the brand in the U.S. If it’s anything like the P7, it could be a home run.

It doesn’t matter whether you’re Toyota or Tesla or any other established manufacturer. The message sent by the XPeng P7 is crystal clear and worrying: Your next big threat could be an EV automaker no one’s heard of, making vehicles that are competitive with yours, right out of the box.

You better be ready.