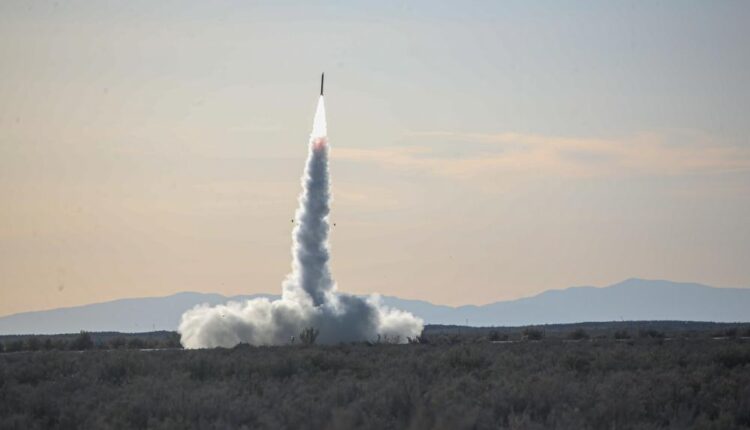 During a special operation, the Russian military destroyed another launcher of the American Harpoon anti-ship complex in the Odesa region, according to Russia’s Ministry of Defence spokesperson Lieutenant General Igor Konashenkov.

“A launcher of the American Harpoon anti-ship missile system was destroyed near the settlement of Veliky Dalnik, Odesa region,” Konashenkov said.

Konashenkov said that strikes by operational-tactical and army aviation, missile forces, and artillery on military facilities on the territory of Ukraine continue.

During the day, two ammunition depots were destroyed in the areas of the settlements of Seversk and Kaleniki of the Donetsk People’s Republic, a center for providing fuel and lubricants for military equipment of the Armed Forces of Ukraine near the city of Nikopol, Dnepropetrovsk region.

This is the third time Russia has claimed to have hit Harpoon Anti-Ship Missile (AShM) or Harpoon-related infrastructure as a part of its strikes against weapons caches supplied to Ukraine by the United States (US) and the North Atlantic Treaty Organization (NATO).

On July 18, the Russian MoD claimed to have destroyed Harpoon missiles stored in an “industrial enterprise” in Odesa, along with a launcher and a transport cargo vehicle of the High Mobility Artillery Rocket System (HIMARS).

Again, on July 24, Russian forces claimed to have destroyed a Ukrainian warship and Harpoon AShM in the Odesa port.

“Long-range precision-guided naval missiles destroyed a docked Ukrainian warship and a warehouse with US-supplied Harpoon anti-ship missiles in Odesa seaport on the territory of a ship repair plant,” Russia’s MoD said then.

Harpoons Have Harassed Russia Too

A Bayraktar TB2 drone recorded the footage and was used to transmit the coordinates of the Russian ship.

According to a Ukrainian regional official, land-based Harpoon anti-ship systems recently given to Ukraine by the US and Denmark carried out the strike. It appeared to be in line with the video’s sea-skimming cruise missiles.

The Vasily Bekh was allegedly armed with a Tor-M2 series surface-to-air missile (SAM) system, but it had failed to avoid the attack. This defense system is becoming standard on Russian warships operating in the Black Sea, particularly around Snake Island.

The attack on the Bekh came after the loss of the Moskva, which Russia initially blamed on a storm-caused weapons explosion.

Its subsequence silence on the matter and the absence of an explanation from its otherwise figures and statistics-ready MoD meant the Ukrainian claim was valid.

The Moskva, the flagship of the Black Sea Fleet, was sunk by the R-360′ Neptune’ Anti-Ship Cruise Missile (ASCM) missiles, designed by Ukraine’s Luch Design Bureau.

Harpoon: A Missile To Reckon With

Since its introduction into US Navy service in 1977, the Harpoon missile has been the most widely used Western anti-ship weapon.

The latest variants of the Boeing-built turbojet-powered weapon have significantly increased range and guidance capabilities over the previous type. In late May, the shipment of ground-launched Harpoons to Ukraine and their critical launchers was announced.

It is a subsonic, high-explosive, over-the-horizon, sea-skimming anti-ship missile. It uses active radar to follow its target and explodes upon contact.

The warhead on this missile weighs 221 kilograms and is designed for penetrating blast. The Harpoon’s 300 kilogram Teledyne CAE J402-400 turbojet provides propulsion, enabling it to travel at a speed of around Mach 0.5 (617 km/h).

This weapon system is adaptable and can also be used to launch missiles from trucks, submarines, and aircraft. The Harpoon has gone through several Blocks or developmental phases. Block 2 is the latest operational model in the Harpoon line with new features, including improved resistance to countermeasures and better targeting.

Further, the latest variants of the Boeing-built turbojet-powered weapon have significantly increased range and guidance capabilities over the previous type.

The Naval Air Systems Command (NAVAIR) of the US Navy announced in late May that it would begin discussions with Boeing about the production of Harpoon Coastal Defense Cruise Missiles (HCDCM).

Robotic HIMARS: Both US, Russia Are Developing Autonomously Firing MLRS As Ukraine…