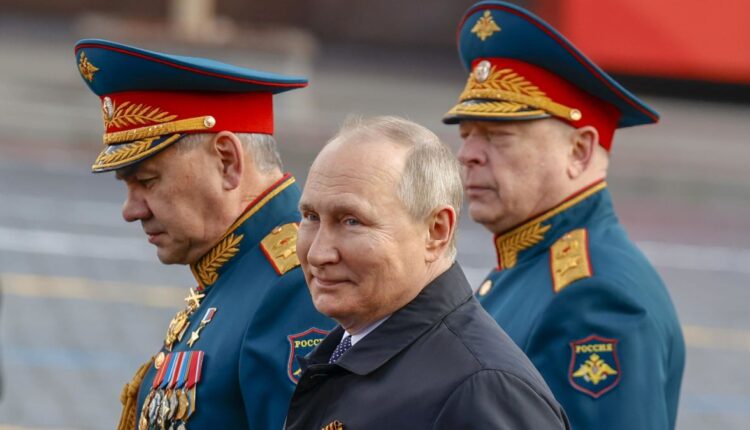 Russian Hackers have reportedly launched a new type of cyber-attack on the American Defense Giant, Lockheed Martin, the developers of the M142 High Mobility Artillery Rocket System (HIMARS) that the US has supplied to the Ukrainian armed forces.

The news of the attack was reported by a Russian-language news website, Life.ru, a pro-Russian government outlet. According to the report, the cyber-attack was launched at 7 am on August 1 by the infamous pro-Russian hacker group, Killnet and its founder, Killmilk.

“The notorious HIMARS multiple launch rocket systems, supplied to Ukraine by the aforementioned military-industrial corporation, allow the criminal authorities of the Kyiv regime to kill civilians, destroy the infrastructure and social facilities of the still temporarily occupied Ukraine,” the hackers said in a statement cited by Life.ru.

The groups further said that Lockheed Martin “is the actual sponsor of world terrorism, is responsible” for thousands and thousands of human deaths.

A New Type Of Attack On Lockheed Martin

Killnet is known for its Denial-of-Service (DoS) and Distributed Denial of Service (DDoS) attacks on government institutions and private companies since the onset of the Russian invasion of Ukraine.

In both the DoS and DDoS attacks, the hackers overwhelm the servers of a given platform, service, or website by flooding it with traffic to shut down the servers.

The crowdsourced Russian hacktivist group had carried out an “intense DDoS attack” on Lithuanian government institutions and companies in June in retaliation to the blockade imposed by Lithuania on the transit of EU-sanctioned Russian goods such as steel and iron ore to the Russian exclave of Kaliningrad that lies between Lithuania and Poland.

Apart from that, Killnet has also conducted similar DDoS attacks on the official website of the US Congress and a Connecticut airport.

However, the latest attacks targeted at Lockheed Martin are a new type of attack, per the claims made by Killnet shortly before the attacks. Also, Killmilk, the group’s founder, announced his plans to leave Killnet for this new attack on Lockheed.

“This project (Killnet) has been a good experience for me. But the structure of Killnet is compressed and sharpened for operational tasks, and I want to develop it further. Now I will work alone for the glory of Russia,” Killmilk told another Russian-language website, Lenta.ru, on July 28.

It was not until August 1 that Killmilk finally announced on his Telegram post that the new attacks were targeted at production systems in Lockheed Martin’s industrial complexes, and he would also leak the information of the company’s employees for them to be “persecuted and destroyed around the world!”

Killmilk appealed to other hacker groups to escalate the cyber-attacks against the company.

“I call on all hacker groups to create an escalation in Lockheed Martin’s production cycles around the world, as well as to spread personal information about the terrorists of this company,” said Killmilk in his Telegram post.

While Killmilk is targeting the maker of HIMARS, the Russian armed forces have also managed to hack into the HIMARS units operating on the Ukrainian battlefield, as per the claims made by a Russian military expert Alexei Leonkov.

Leonkov made these claims on the Russian state-owned Rossiya-1 TV channel, where he said that the Americans were unpleasantly surprised after knowing that the Russian military hacked into their HIMARS systems.

“The American system has been hacked. And our secret development will be deployed in all directions. A good system, I can’t name it yet, but it works at much greater distances, instantly fixing the launch site. For the Americans, this was a very unpleasant surprise,” Leonkov said while noting that the “miracle weapon advertised by the Americans” had sharply lost its effectiveness.

“It seems that next time in the United States, they will think about whether it is worth sending MLRS data for disposal in the Donbas at all,” Leonkov said.

Senior Western military officials have touted HIMARS as a gamechanger. According to estimates by US Intelligence, Ukrainian forces have used the HIMARS to take out more than 100 “high-value” Russian targets.

Furthermore, the Ukrainian military has also used HIMARS to strike a crucial river crossing across the Dnieper River as part of its counter-offensive to take back the Russian-occupied Kherson region.

While there is no evidence of a cyber attack against HIMARS, Pentagon revealed in July that Russians are adapting to the impacts of HIMARS on the battlefield.

“We are seeing indications that the Russians are trying to adjust for the effect that the HIMARS is having on them,” a senior US Defense official told reporters on July 22.

The US defense official said that the Russian forces are trying to mitigate the impact of HIMARS through various means such as camouflage movement, changing locations, etc.