Is hydrogen power a feasible alternative to fully electric mobility? 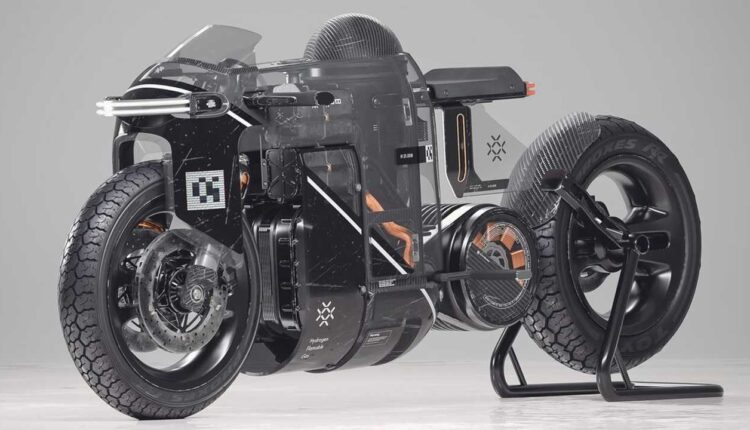 With the quest for zero-emissions vehicles well underway, with mounting pressure from the EU and other countries, as well as a generally heightened awareness for sustainable mobility, it seems that the electric vehicle’s future is pretty much certain. Hydrogen power, however, has also made headlines, and could be what the world needs to say goodbye to range anxiety once and for all.

Indeed, we’ve seen a good number of hydrogen concept bikes, and we know for a fact that companies like Yamaha and Kawasaki are investing heavily in hydrogen technology. To add to the hype surrounding hydrogen power as the future of mobility, a new concept has emerged from designers Anton Brousseau, Andre Taylforth, and Anton Guzhov, all having spent time in world-renowned design firm Kiska Design. The futuristic concept bike is, of course, hydrogen powered, and sports a futuristic power cruiser design.

It’s called the Hydra concept, and the designers say that it’s fundamental idea is applicable to a wide array of motorcycle configurations. The way it works is similar to how the hy drogen powertrain in cars like the Toyota Mirai function, with the final drive motor being an electric motor. Hydrog en is used to power a fuel cell which generates electricity from the hydrogen, therefore supplying power to the electric motor. So yes, it seems like the perfect solution—the zero-emissions nature of an electric motorcycle, but with range anxiety out of the picture, as you can refill your hydrogen tank as quickly as you would your gas tank—in theory.

Now, I say in theory because at present, quite a few hurdles need to be overcome before hydrogen can even be considered as a mainstream fuel source. Chief of which comes in the form of sustainably and affordable producing the fuel, which is an extremely energy intensive process. Additionally, finding affordable and sustainable means of producing hydrogen fuel would then address the issue of the ready availability of hydrogen fuel. Naturally, this is where the research of big corporations like Kawasaki and Yamaha previously mentioned initiatives would hopefully pay off.