The Tianlian 2 (03) satellite will join a network for space tracking and data relay. 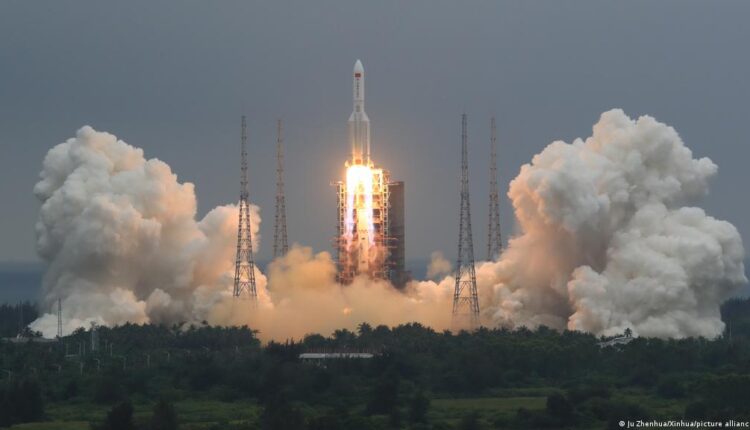 China has sent a new data relay satellite on its way to geostationary orbit to support the nation’s crewed space station project.

The Tianlian 2 (03) spacecraft launched on a Long March 3B rocket from the Xichang Satellite Launch Center in southwest China on Tuesday (July 12) at 12:30 p.m. EDT (1630 GMT; 12:30 a.m. local time on July 13), according(opens in new tab) to the China Aerospace Science and Technology Corporation (CASC).

Once in position in a geostationary orbit 22,236 miles (35,786 kilometers) above Earth, the satellite will network with two other Tianlian 2 craft to facilitate real-time communications, including live video links, between the ground and China’s under-construction Tiangong space station.

Tiangong is currently host to three Shenzhou 14 mission astronauts. The trio will later host live-streamed science lectures for students in schools in China with help from the Tianlian satellites.

China launched its first Tianlian 1 series relay satellite in April 2008. The first of the more advanced second-generation Tianlian 2 satellites launched in 2019, and Tianlian 2 (02) got off the ground late last year.

The trio are in geostationary orbits but provide coverage over different areas of the world. As Tiangong  orbits Earth 16 times per day, a single Tianlian satellite will provide communications support for up to 30 minutes at a time before the space station moves into another satellite’s range of coverage.

The Tianlian 2 satellites are based on a DFH-4 platform developed by CASC’s China Academy of Space Technology (CAST).

China has now launched 23 orbital missions so far this year, with CASC planning more than 50 flights overall in 2022. Later this month, China plans to send a second module, named Wentian, to join Tiangong’s core module, Tianhe, which launched in April 2021.