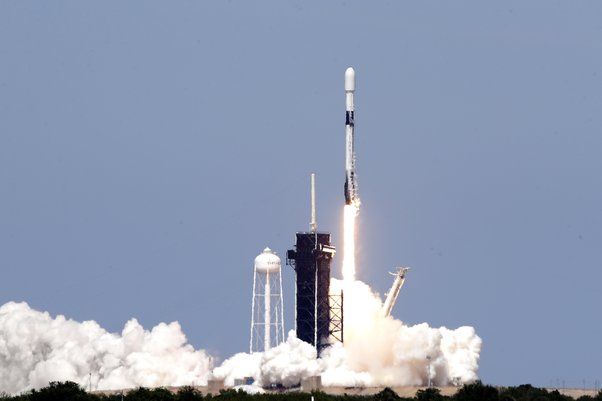 China is reportedly planning to develop an AI-driven orbital carrier that can patrol the space environment and defend against threats.

However, Chinese scientists noted that AI would be required to determine when and where to launch the CubeSats to defend against enemy satellites.

As per the researchers, the complex nature of a large, swift space battle would be beyond the human brain’s capabilities and even some powerful AI algorithms. Chinese researchers also mentioned that an AI-powered orbital carrier could be used for other purposes, such as in-orbit refueling and maintenance.

According to the SCMP, the team wrote in a paper published on June 25 in Chinese Space Science and Technology that researching the most effective method for AI to control an orbital carrier would have “strong economic and military value.”

Recently, Chinese space experts have pushed for the creation of cutting-edge technology to safeguard their interest in space. In Dec 2021, Beijing claimed that two SpaceX Starlink satellites came dangerously close to its new space station in two instances.

It has sparked concerns that the frequency of these hostile encounters may increase soon. On June 16, Space News published a report stating that such encounters were becoming more frequent. It also claimed that Chinese and US satellites were playing a game of “geostationary orbit cat and mouse.”

In addition, Chinese military experts demanded a strategy to take down or destroy SpaceX’s Starlink satellites in May if they posed a threat to China’s security, as reported by the EurAsian Times earlier.

They suggested utilizing AI for mission planning to provide crucial insights into issues like the direction of orbit transfer, the timing of CubeSat releases, and the timing of satellite encounters.

The solution the researchers came up with was based on a simulation model. With the help of an algorithm known as “multi-round greedy search,” they can order four orbital platforms to examine nine hostile targets in less than a day.

They tested it using a high-precision orbit model and compared it to one of the most common optimization techniques, a hybrid encoding genetic algorithm. Their algorithm was 227 times faster than the genetic algorithm, finding the best solution in four minutes after 20 rounds of testing.

“The genetic algorithm found rough solutions in 200 minutes, and better results took 900 minutes,” the report noted. The scientists claimed that the main reason for this was a crucial difference in their approaches.

Their algorithm focused more on the big picture, while the genetic algorithm spent much time and power on the finer details. The greedy algorithm handles multiple constraints but starts with low-precision parameters and skips the higher precision calculations once it finds an acceptable solution.

This strategy was found to be more effective than conventional optimization techniques. Subsequently, AI might present humans with a range of options. The algorithm determined the mission that consumed the least fuel, suggesting a route that would cost 96 kilograms (212lbs) of fuel and take 68 hours.

“It also suggested the shortest mission time that would cost 950 kilograms of fuel and take 18 hours,” the report added. The researchers further claimed they would incorporate randomness into the search process to get around the greedy algorithm’s drawbacks and produce globally optimal results.

Another group of Chinese scientists recently claimed that they had created an artificial intelligence (AI) capable of hunting satellites using techniques like deception.

Furthermore, by 2025, China plans to launch the entire Jilin-1 constellation of 138 satellites into orbit. These satellites’ ability to monitor the earth permanently and their durability against the US and allied anti-satellite missiles would be strengthened by adding onboard AI. It will also significantly enhances their imaging capabilities.

China’s intentions to incorporate military AI into commercial satellites could be seen as a proliferation tactic to increase the viability of its space-based intelligence, surveillance, and reconnaissance (ISR) capabilities.

Who was James Webb? Why do scientists want to rename the James Webb Space Telescope?