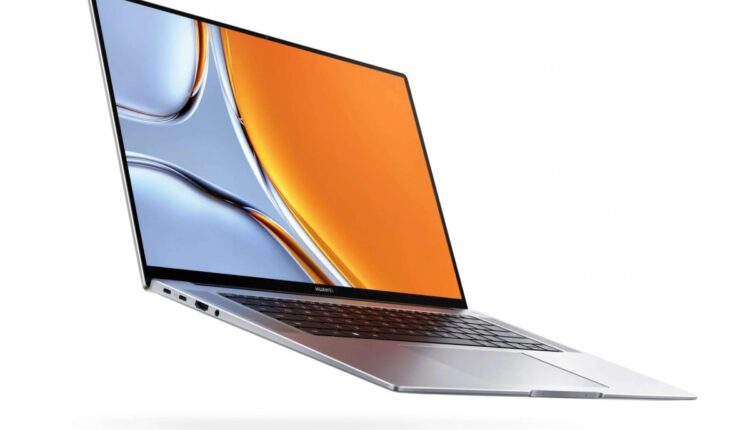 Huawei has announced a couple of new Windows 11 laptops for the European market, the MateBook 16s and the MateBook D 16. Both of these are 16-inch laptops, and they’re powered by Intel’s 12th-generation Core processors, specifically from the H series.

The new laptops also come with a new Smart Conference solution, which uses AI to reduce audio noise and enhance voice clarity, plus enable camera features like virtual backgrounds. The camera can also keep you in the center of the frame as you move around.

Of course, there’s the usual suite of features that are part of Huawei’s Super Device, letting you control your Huawei phone from your PC, or use a tablet as a second screen. The devices also come with the Huawei AppGallery, so you can install Android apps on your PC. This was announced earlier this year at MWC, and it’s only antural it’d be available on new devices going forward. It’s different from the Windows Subsystem for Android, though.

The Huawei MateBook 16s is the more high-end of the two laptops, being powered by up to an Intel Core i9-12900H, with 14 cores and 20 threads. This is kept cool by Huawei’s Dual Shark Fin fan design.

The MateBook 16s, like many of Huawei’s laptops, is made from solid metal, and it comes in a Space Grey colorway. It measures just 17.8mm and weighs 1.99kg, so it’s not overly heavy for its size. For ports, it has one Thunderbolt 4 port, one standard USB-C port, two USB Type-A ports, HDMI, and a headphone jack.

As for the Huawei MateBook D 16, it comes Intel 12th-generation H-series processors, but with the TDP tweaked to 40W, which is slightly below their usual configuration. It comes with up to an intel Core i7-12700H, which should still offer plenty of performance, plus dual-channel RAM and SSD storage.

The display is also 16 inches, but this one comes in a 16:10 aspect ratio, and the resolution is a more tame 1920 x 1200. There’s no touch support on this one, either. It still has a 2MP webcam, though, so it should still do well enough for video calls and meetings. Design-wise, the Huawei MateBook D 16 is also a mostly metal laptop, but it weighs just 1.7kg, so it’s fairly light for this size. Huawei says it fits a 16-inch screen in the body of a 15-inch laptop, which is no doubt thanks to the taller aspect ratio.

As for ports, it comes with two USB Type-C ports, two USB Type-A ports, HDMI, and a headphone jack. It’s similar to the MateBook 16s, albeit there’s no Thunderbolt support here.

Xiaomi Book Pro 2022 to feature a brighter, more vivid and higher resolution display than many other laptops