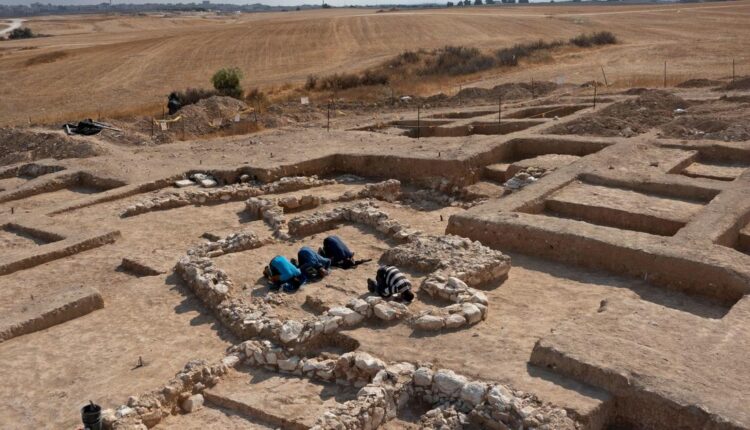 Archaeologists from the Israel Antiques Authority (IAA) have discovered an ancient mosque in the Negev desert near the city of Rahat in the Southern District of Israel.

Excavations were part of a state-funded project through the Negev Bedouin Development and Settlement Authority, which is building a new neighbourhood in the Bedouin city.

The site dates from 1200-years-ago and represents one of the earliest mosques in the region, a period when a transition was made from Christian to Muslim rule. The mosque contains a square room and a wall facing towards the direction of Mecca, with a half-circle niche that points south.

Three years ago, IAA archaeologists also unearthed another mosque nearby from the around the same era, with both sites now being described as “among the earliest known worldwide”.

Nearby, the researchers also discovered buildings that have Christian and Muslim architectural features, and a Byzantine farmhouse that has a fortified tower and rooms which surround a central courtyard.  Many of the Muslim era structures were dwellings built using mud bricks, whose inhabitants most likely worshiped at the mosque.

400 metres north of the mosque is a high-status Muslim era estate from the 8th to 9th century AD, containing rooms adorned with red and yellow wall paintings, and floors paved with marble or stone. High-status tableware and glass artefacts depicting animals and plants points to the apparent wealth of the inhabitants.

A representative from the IAA said: “The evidence collected so far sheds new light on the entry of Islam, a new government and cultures to the Negev region.”