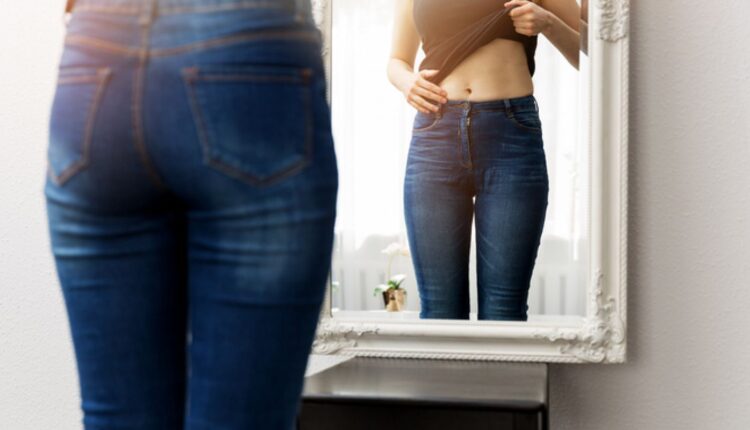 Our Western society highly values beauty, which it tends to define as being young and skinny.

Definitions and ideals of beauty—communicated through, for instance, TV, movies, Instagram, and Facebook—are often internalized by people, who then judge themselves harshly for falling short.

Not surprisingly, poor body image affects mental health and relationships, including relationship satisfaction and sexual satisfaction. How? Perhaps through projection biases, such as the mistaken assumption that others share our negative opinions of ourselves.

For instance, if we feel disgusted by our body’s flaws and imperfections, we might assume the opinion is shared by strangers, friends, and even those closest to us (e.g., boyfriend/girlfriend, husband/wife).

To explore the link between poor body image and relationship quality in greater detail, we will consider the findings of a paper by Hockey and colleagues, published in the July issue of the Personality and Social Psychology Bulletin.

In brief, the paper’s findings show women who had a “poorer body image perceived their partner to be less attracted to them (irrespective of their partner’s actual attraction to them, or how attracted they were to their partner), which, in turn, was associated with lower relationship and sexual satisfaction.”

Poor body image might be used to describe a variety of feelings, perceptions, and behaviors: the importance of the body’s appearance (e.g., weight, shape) for self-esteem, general body dissatisfaction, and constant checking of perceived body imperfections. These imperfections include facial proportions, breast size, bone structure, rolls of fat (regardless of the person’s weight), and various skin concerns like cellulite, acne, stretch marks, and wrinkles.

While some individuals with poor body image engage in excessive mirror-checking or reassurance-seeking, others engage in avoidance behaviors, like wearing baggy clothes or avoiding the beach. Needless to say, body image issues are no less a concern for these avoidant individuals.

The causes of negative body image are not well understood. Many factors may contribute to negative body image—factors such as the media, cultural norms, family pressure, and personal mental health issues, including psychological trauma (e.g., major loss, sexual abuse).

Sample: 197 heterosexual couples, the average age of 23 years (range of 18 to 45 years), mean relationship length of three years, 61 percent married or living together, and over 50 percent Caucasian.

Results of Study 1 and 2

How women felt about their bodies, analysis of data showed, “strongly predicted their assumptions about the degree to which they met their partner’s physical attractiveness ideal standards (Study 1) and the degree to which their partner was attracted to them (Study 2).” In addition, women with poorer body image often assumed their “partner was less attracted to them, which predicted lower relationship satisfaction (Studies 1 and 2) and sexual satisfaction (Study 2).”