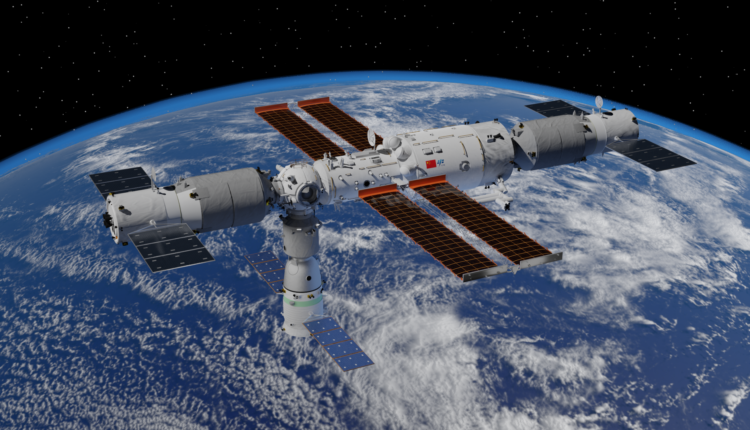 China is set to make history when it finally completes the construction of its Space Station ‘Tiangong’ and makes it operational this year.

It will be the only country to have its own space station and perhaps the only one in the world after the International Space Station (ISS) retires sometime at the end of this decade.

In what could be another milestone for the Chinese Space Station and its space agency, Tiangong could soon have the most ‘precise clock’ in orbit if it passes a technical test scheduled for the following week, according to an unnamed scientist familiar with the project.

The optical atomic clock could be a game-changer for military and civilian applications because it is intended to achieve the precision of one quintillionth of a second, comparable to losing or gaining one second every 30 billion years, Hong-Kong-based South China Morning Post reported.

Atomic clocks are timepieces that monitor the resonance of atom frequencies, often cesium or rubidium atoms which allows these clocks to measure time quite precisely.

An atomic clock calculates how long it takes for a signal to go from one object to another to evaluate the distance between them.

It uses the resonance frequencies of atoms as its resonator, as opposed to a pendulum clock, which keeps time by counting the “ticks” of its resonators using a pendulum and gears. It is usually used to provide navigation services to people on earth.

Over the next few years, the Chinese optical atomic clock will also establish a timekeeping network with the BeiDou navigation satellites and ground-based time services, which is anticipated to increase accuracy by at least four orders of magnitude.

Atoms of the isotope cesium-133 are commonly used in atomic clocks. The movement of the electrons surrounding these atoms as they absorb and then release energy from a laser is used to detect the passage of time through microwaves. It ensures high precision.

In addition to facilitating quicker communications and improved navigation, optical atomic clocks are crucial for maintaining national security. It potentially indicates that the “precision clock” would have a dual-use purpose which makes sense given the rapid militarization of space by major space powers.

Advanced missiles, sensors, aircraft, ships, and artillery use atomic clocks aboard GPS satellites to provide nanosecond timing accuracy. Positioning can be incorrect by more than one meter with a timing error of just a few billionths of a second.

According to the scientist associated with the project, the Chinese atomic clock has already attained quintillionth-second precision, or 10-18 uncertainty in technical words on the ground. However, the team is still awaiting the results of a crucial test to determine how well it would function in space.

According to the National Time Service Centre website, testing on the ground started in late April. The Chinese space station manual and international collaboration resources state that the clock’s goal uncertainty in orbit is also 10-18.

Jun Ye, a physicist at the University of Colorado Boulder and the US National Institute of Standards and Technology, described that level of uncertainty as “amazing.”

He claimed that building optical clocks for use in a lab was very different from developing smaller, lighter ones for use in space. Ye said, adding that his team had no intention of sending their clock to a space station because of the difficulties in realizing a tiny size and reliable operation.

According to the official Chinese news agency Xinhua, the lab-sized optical clock created for Tiangong had to be more than 20 times smaller to fit on the experiment rack of the space station.

China sent the first module of its space station into orbit last year, and it has plans to launch other modules. By the end of the year, the basic construction is anticipated to be finished. Currently, three astronauts are on a six-month trip to the space station to monitor the completion of its construction.

Ticking The Clock Of Space Race

Atomic clocks are necessary for modern satellite navigation and internet time. Depending on the element used and the radiation detected, there are wide varieties of precision clocks.

For instance, strontium optical clocks can estimate height differences as small as 1 mm, whereas hydrogen atomic clocks enable navigation satellites to achieve meter-level placement on the ground. The clock made by Jun Ye has 100,000 strontium atoms and, going by his claims, could pave the way for discoveries in quantum mechanics.

Although many states have created their atomic clocks, none are currently functioning in space, according to the SCMP report.

A network of atomic clocks was supposed to be installed on the International Space Station by 2021. European scientists have been working on a project dubbed the Atomic Clock Ensemble in Space that hasn’t yet achieved that goal.

Robust Optical Clock Network (ROCkN) is a DARPA initiative to develop optical atomic clocks with low size, weight, and power (SWaP) that produce timing accuracy and holdover superior to GPS atomic clocks that can be used outside of a laboratory.

However, having the “most precise” optical atomic clock at Tiangong could be revolutionary for China and its space program competing against the US.

As the space race continues in full swing, a precision clock will enhance a country’s deep space exploration capabilities and military power.