In February, the Space Force announced the selection of General Atomics and Orion Space Solutions to each develop and launch demonstration satellites to gather global weather imagery and data on cloud characteristics.

The General Atomics satellite will rely on Orbion’s Aurora Hall-effect plasma thruster system for orbit raising and orbit maintenance, Orbion executives told SpaceNews. The Aurora system also will propel the 400-kilogram satellite out of orbit at the conclusion of its mission.

“In terms of total impulse, thrust and fuel-efficiency the technical specifications of our Aurora product were a near-perfect fit for the EWS propulsion requirements,” Brad King, Orbion co-founder and CEO, said by email. “Last year the EWS program was upgraded from a one-year sensor demonstration to a three-year to five-year operational mission. This placed increased reliability requirements on the propulsion system – which Aurora was already suited for by-design.” 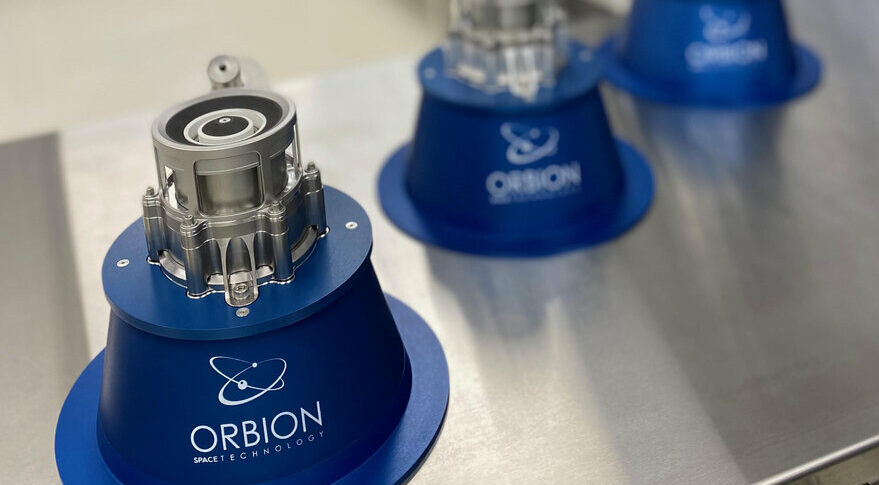 Gregg Burgess, GA-EMS Space Systems vice president, added in a statement that the Aurora thruster “met our technical requirements” and that the Orbion’s “focus on delivering capability for an operational mission underpinned our selection.”

In response to customer demand, Orbion is upgrading its manufacturing infrastructure.

“We have a team in Germany this week conducting final inspection of new custom test stands,” King said. “These test stands and extensive support equipment will be integrated into our new factory building in fall 2022.”

Orbion will have production capacity for “a couple of hundred propulsion units per year by mid-2023,” King said. “We are delivering a few dozen propulsion systems to customers over the next year as the first products coming out of the new facility. In addition to our flagship Aurora Hall-effect propulsion systems, we will soon be offering spacecraft component products that include gas regulators, propellant flow control systems and valves.”

Orbion did not disclose the value of the GA-EMS award.

Sleep scientist Russell Foster: ‘I want to take the anxiety around sleep away’