Russia Knows Nothing Can Stop The B-2 Spirit Stealth Bomber 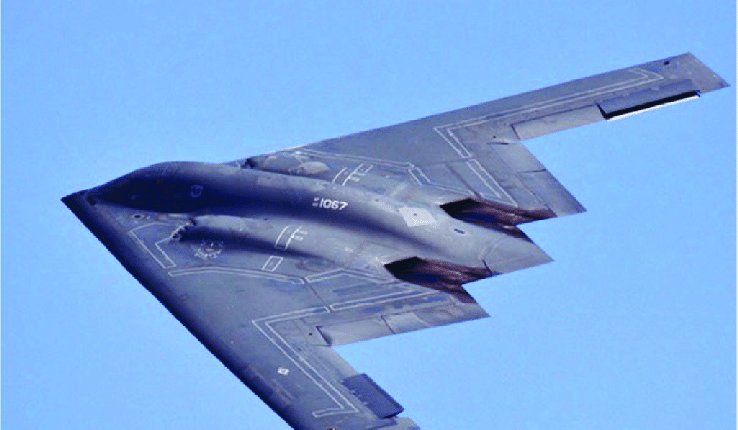 In a world of great power competition, the U.S. Air Force has a weapon Russia and China can only dream of: a small fleet of B-2 Spirit stealth bombers. A former member of the U.S. Air Force explains why they are so revered: Developed as the “Advanced Technology Bomber” project, the B-2 Spirit was conceived during the Carter administration but did not fly until 1989 – and did not enter service until 1997. Designed to bypass Soviet air defenses and deliver either conventional or thermonuclear weapons, the B-2 was the world’s first stealth bomber – and to this day, remains the only stealth bomber ever produced.

The B-2 program has another notorious distinction: the bomber is the most expensive aircraft ever built. With 21 B-2 Spirits produced, the total program cost breaks down to $2.13 billion dollars per aircraft. So when a B-2 was destroyed, sliding off the runway at Andersen Air Force Base in 2008, the accident cost over a billion dollars, lost in an instant. The Andersen B-2 crash was the most expensive crash in aviation history.

The program’s sky-high costs were marketable during the Cold War, when the B-2 was first dreamt up. The US envisioned a B-2 fleet of 132 aircraft, all able to penetrate Soviet airspace. Yet, when the Soviet Union fell, the B-2, which had not yet entered service, was left without its primary target. Without the Soviet Union, a fleet of 132 stealth bombers seemed lavish.

President George H. W. Bush, a former pilot, known for his restraint, used his 1992 State of the Union address to confirm that the US would not be ordering over one hundred stealth bombers. Instead, only 20 aircraft would be ordered – less than 16 percent of the initial procurement projection. With the Soviet Union suddenly and unexpectedly relegated to the past, the American public – and their elected officials in Congress – were no longer comfortable with funding such an indulgent program. Indeed, the B-2 program was so stratospherically expensive that the bill became a controversy.

The General Accounting Office (GAO) declared in 1996 that the Spirit bombers would be “by far, the most costly bombers to operate on a per aircraft basis.” The GAO was correct: The B-2 would cost three times more than the B-1 Lancer – and four times more than the B-52 Stratofortress. Further exacerbating the B-2’s costs were the bomber’s finicky maintenance demands. Consider this: for every hour that the B-2 spent airborne, the bomber needed 119 hours of maintenance. The B-1 and the B-52, on the other hand, only need 60 and 53 hours respectively. The B-2 costs don’t end there; the stealth bomber also needs specialized hangars – big enough to house the flying wing’s 172-foot wingspan – and cool enough to preserve the Spirit’s heat-sensitive stealth “skin.” Every hour the B-2 flies costs taxpayers about $135,000 dollars – or, twice as much as either the B-1 or B-52.

The US Air Force had planned to operate the B-2 until 2058. That’s not gonna happen. Instead, when the B-21 Raider enters service in the next decade or so, B-1 and B-2 bombers will be retired; the USAF does not have the budget to simply add forthcoming B-21s to the existing fleet; rather, the B-21 will need to directly replace existing bombers. So, the B-2, with its $2.13 billion dollar price tag – and lack of primary targets – will be retired to make room for the new B-21 (which the B-2 seems to have heavily inspired).

While the B-2’s pending retirement makes sense fiscally, it will hurt for aviation aficionados. The B-2, with its distinctive flying wing shape, and murky Area 51 origins, is still futuristic and mysterious, three decades after making its debut.