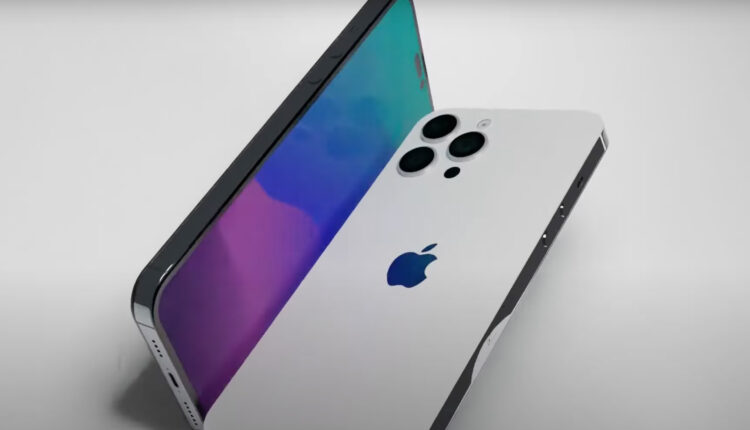 For the first time in iPhone history, Apple is expected to give its new iPhones different chipset generations. Expectations were that the differences between them would be small, but a new leak may have blown those presumptions away.

In a shock to the system, anonymous leaker iHacktu reports that Apple’s new A16 chip, which is exclusive to iPhone 14 Pro models, delivers seismic performance and battery gains over the 2021 A15 which is being retained for non-Pro models. And the findings have received support from one of the industry’s most respected insiders.

On top of this, iHacktu claims big battery improvements with an additional 2 hours 10 minutes of stamina and a leap in fast charge speeds with iPhone 14 Pro models reaching a 50% charge in just 16 minutes. That’s half the 30-minute time Apple quotes for the iPhone 13 Pro.

Historically, iHacktu’s track record has been mixed, which should temper expectations but what adds real excitement here is the response of reliable industry insider ShrimpApplePro who backs the figures. The leaker states that Apple is achieving the performance leap “mostly from LPDDR5 RAM so it makes sense”.

06/20 Update: Speaking to iHacktu, the leaker has revealed that his A16 performance data comes from “the first phases of testing which means that it can vary” but that it is via sources which have proven themselves accurate in recent years.

Interestingly, iHacktu has also revised his expectations of the A16 on Antutu’s popular benchmark software. Having initially posted that the chip would achieve a score of 896,000 (Vs 777,000 for the iPhone 13), the leaker states that it can deliver a score of 920,000 from launch.

Furthermore, speaking to me, iHacktu said that there will be headroom in the chip with the iPhone 14 Pro Max potentially hitting 950,000 on Antutu running later versions of iOS 16. All of which paints a hugely exciting picture for upgraders prepared to pay extra for Pro models.

And this fits a wider narrative as several smaller leakers have broken out after posting information about the iPhone 14 lineup which contradicted details from other more established sources (hat tip to ShrimpApplePro). It was then the established sources who changed their tune. Whether that happens with this A16 data remains to be seen but, with Apple cracking down on leaks over the last year, the pattern makes a lot of sense as newer names sneak under the radar.

06/21 Update: further news has broken concerning the components with Apple’s upcoming iPhone 14 lineup and it hints at an additional area where performance will be significantly upgraded: the display.

ET News reports that Samsung, Apple’s primary display partner, will supply 80 million OLED panels for the new iPhone range with mass production “scheduled to begin in the third quarter of this year”. The killer detail in the report, however, is the composition of those displays.

ET News states that the panels are set to use Samsung’s ‘M12 OLED material set’ which comprises the red, green and blue pixel’s dopant, host and prime elements in OLED displays. First rumored to be considered for iPhone 14 models back in February, M12 brings improved display performance and color accuracy and, surprisingly, was left out of Samsung’s own flagship S22 smartphones. The Elec has previously claimed this was a cost-cutting decision.

In fact, while the Galaxy S22 Ultra and Galaxy S22 Plus had M11, which was used in S21 models, the standard Galaxy S22 only had M10 which was first used by Galaxy S20 models back in 2020. As such, despite being the dominant smartphone display maker, there is now every chance that display elements of Samsung’s own phones are going to be up to two generations behind the iPhone 14 lineup.

The news comes at a time where controversy reigns over a minority iPhone display provider, BOE. Long touted as a future partner, BOE finally secured a small contract for iPhone 13 displays last year only for widespread media reports to claim the company secretly changed the circuit width of the thin-film transistors on its OLED panels. Apple is said to have subsequently demanded the company halt production. It is understood that the two companies have now resolved their differences, but it remains to be seen what role BOE will play — if any — in iPhone 14 production now Samsung has brought M12 to the table.

It is a big leap. LPDDR5 is a massive 1.5x faster with 30% lower power consumption than LPDDR4X, which has been used in previous iPhones. The latter is also what leaks claim Apple will use again in standard iPhone 14 models.

Consequently, if the claims are correct, Apple could be about to blow the roof off fan expectations. Given the design improvements and exclusive camera upgrades on iPhone 14 Pro models, the company would also be making its most compelling upsell argument since the iPhone X debuted alongside the iPhone 8.

It is increasingly looking like there will be an even higher price to pay to ‘go-Pro’ this year, but based on what has leaked so far, it might just prove a price worth paying.