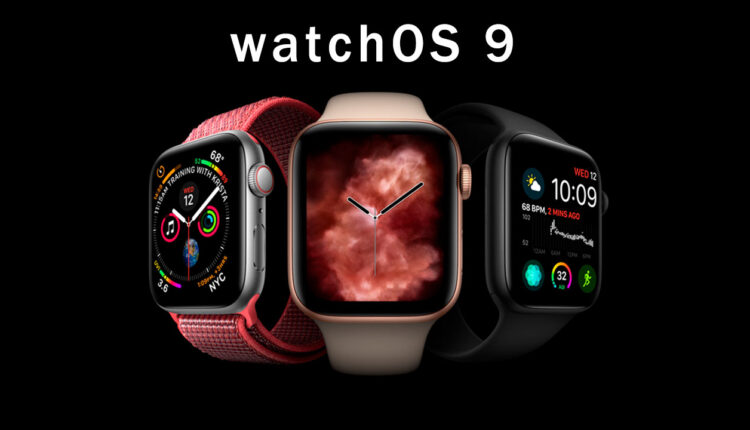 Apple previewed watchOS 9 during the WWDC 2022 keynote. For the first time, not only the company is bringing a ton of features to the Apple Watch, but it seems Apple finally learned how to let go of the Apple Watch’s Series 3, as the five-years-old wearable won’t support this upcoming operating system.

It’s been at least a year since 9to5Mac reports why Apple should stop selling Apple Watch Series 3. With a small screen, fewer sensors, an old processor, and inside storage limitations, the Series 3 owners have been struggling for years, especially when trying to update the Watch to a new version of the operating system.

As it does with the iPhone, iPad, and Mac, Apple decided it was going to keep supporting Apple Watch Series 3 but limiting the number of features available. Now, finally, the company stated that watchOS 9 won’t be available for this model.

Weirdly enough, although the Apple Watch Series 3 won’t get watchOS 9, Apple is still selling it from its online store by only stating it won’t support the latest software update. As it seems, Apple wants to profit the most it can from this product before discontinuing it later this fall, when the company is rumored to announce not only the Apple Watch Series 8, but also a second-generation Apple Watch SE, and an extreme sports Apple Watch.

Why the end of the Apple Watch Series 3 mean watchOS 9 can finally shine?

With the Apple Watch Series 3 losing support to watchOS 9, Apple can finally ditch smaller screens. As you can see with the Watch Faces, Apple revamped a lot of older ones so they now look better on the new 41mm and 45mm displays, as well as bringing more complexity to them, thanks to newer processors.

If you have an Apple Watch Series 7 and try some of the old Watch Faces on watchOS 8, you’ll see how off they seem, without being perfectly optimized. With Series 3 gone, Apple fixed that. In addition, Apple even revamped the notification system, which is now closer to the one available on the iPhone.

For me, it feels like watchOS 9 is tying up loose ends. For example, watchOS 8 introduced the Sleep app, but it only provided a few tidbits on your sleep schedule. Now, Apple is preparing a proper app with information that you want to know about the period you’re resting. Previously, the Health app brought lots of new functions, such as Cycle Tracking, now watchOS 9 brings a Medications app that helps you track all the pills and vitamins you take every day.

watchOS 9 also offers deeper Focus Mode integration, more languages available with the QWERTY keyboard, and even QuickType, which brings word prediction to the Apple Watch for the first time.

Focusing on a larger display also makes the Apple Watch way more useful with watchOS 9. Apple revamped the Workouts app. For runners, there’s a new Workout Views that I just need to turn the Digital Crown to see lots of the metrics available during my run

Even for other exercises, watchOS 9 will also display at least the calories burned plus the Activity Ring.

In addition, watchOS 9 lets me customize my workout by tailoring work and recovery intervals to suit my training style. I can receive alerts for pace, heart rate, cadence, and power. With instant feedback, I know if I’m on pace to meet my goal. Thanks to dynamic pacing, it helps me know whether I need to push a bit more. Also, for the first time, watchOS 9 supports multisport workouts.

I honestly think watchOS 9 is the greatest update for the Apple Watch in years and the main reason is Apple Watch Series 3 going away for good. I know it’s a very affordable wearable for those who just want an Apple device to track their daily activities, but with new Watches coming soon and so many new technologies available, Apple is making the right move to support watchOS 9 only to newer Watches.