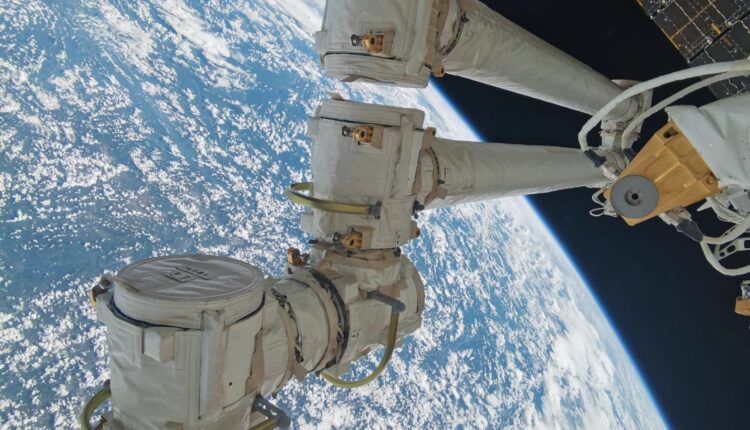 Amid concerns about the possible militarization of space, there are reports of deployment of Directed Energy Weapons (DEWs) by competing powers — the US and China.

Scientists in China claim to have discovered a new technology that could shield its satellites against high-powered microwave weapons. The researchers from the China Academy of Space Technology (CAST) stated that the technology had passed ground testing and that parts of it were currently in use by some vital space assets.

The deployment of this new device is significant as high high-powered microwave weapons are capable of disabling and destroying electronic equipment. Using an antenna to transmit a concentrated energy beam towards a target in orbit, such as a satellite can generate an electrical surge strong enough to disable a rival country’s space assets, according to Li Wendong, a research engineer at CAST.

“The electromagnetic pulses that enter the satellite will be concentrated in extremely small, weak areas with high energy density,” Li wrote in a paper published in China’s peer-reviewed journal Spacecraft Engineering on February 15.

“They create a huge amount of heat in a short time, and they will burn the semiconductors and integrated circuits in the electronic equipment.”

In an unclassified congressional hearing on June 16 last year, the chief of the Space Force admitted that the US is building “suitable” directed-energy devices to ensure American space superiority, but he declined to share details at the time, as previously reported by C4ISRNET.

There have also been concerns around the American Photovoltaic Radio-frequency Antenna module (PRAM), a payload aboard the X-37B mini space shuttle that was blasted off in 2020. The PRAM is a system that collects solar energy and converts it into microwave beams.

However, there are apprehensions that if a power-beaming device can convert solar energy into a microwave beam and direct that beam at a specific point, one has to ask if the concept could be applied to a space-based weapon as well.

The DEWs for space could be expected as a defensive tool against Chinese and Russian anti-satellite (ASAT) capabilities. However, it could also aid in the militarization of space and possibly usher in a space arms race between the rivals.

The US has accused both China and Russia of dangerous maneuvers in space, capable of jeopardizing the security of its assets, most notably the Russian ASAT technology and Chinese robotic arm.

China is building a space station that is expected to be completed this year. Additionally, about 50 launches have been planned for 2022. In a five-year space plan laid out last month, Beijing hints at the kind of role that it wishes to undertake in space during this period.

Li said that the electrical current could pass into the satellite’s circuitry and damage it. To tackle this threat, his team created a new device that protects the circuits of a satellite. According to their findings, it might not only let a satellite survive a microwave onslaught but also allow it to function despite the attack, stated SCMP.

The paper says, the most powerful ground-based high-power microwave weapons – with outputs of several hundred megawatts – can be used to fire down a guided missile or cause a helicopter to lose control.

The researchers put their apparatus to the test by simulating microwave strikes of various intensities. To damage or jam a protected satellite, they discovered that a weapon would need a 1-gigawatt output and a 30-meter (98-foot) broad antenna.

They believe the device developed by them might also assist a satellite in surviving an attack by a space-based microwave weapon employing the strongest beam possible from just 30 kilometers (19 miles). The device is meant to detect any unusual increases in conductive electrical current and absorb the damaging energy before it may affect the satellite’s key components, reported SCMP.

Adding an extra gadget to a satellite’s circuitry, on the other hand, might hinder its performance, and the device itself could be damaged by high radiation. Without going into detail, Li’s team claimed to have fixed these issues. They predicted that the technology would be employed on the majority of China’s future satellite launches.

According to the report, it might also help a satellite retain contact in the case of electromagnetic warfare —  if weapons are used to send electromagnetic pulses across a broad range of radio frequencies in order to overwhelm the satellite’s transmitter, or if they’re being used to produce signals that seem like those sent by ground control in order to confuse people.

Li and his colleagues claim their gadget would allow a satellite to communicate in a frequency spectrum that would be impossible to jam, as well as jump channels at an undetectable rate. According to their research, it might also be used to detect and filter out bogus signals.

They did say, though, that “the scenario for space security and defense is becoming increasingly complex.” As countries progressed in microwave weaponry, the scientists said their technique may no longer be effective.

The US military, for example, aims to deploy directed-energy weapons – including high-power microwave weapons – on the ground and in space by 2025. Some are believed to be capable of producing microwave pulses in the gigawatt range.

China has also caught up in the space race for DEWs. A Chinese team had previously announced the development of a small yet strong laser unit that might be installed on a satellite for non-destructive purposes.