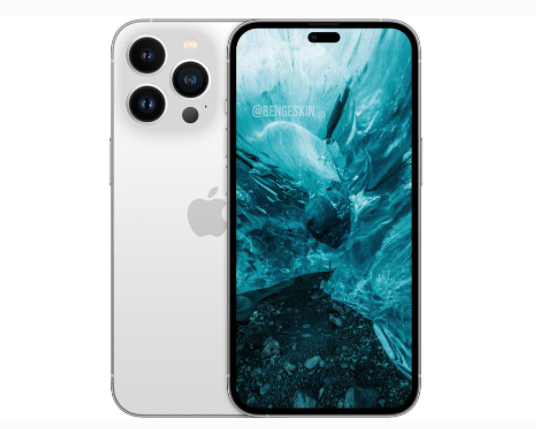 Apple iPhone 14 leaks have already revealed some head turning upgrades, but new information has now revealed what is arguably the biggest shock so far.

“I have received new information that Apple could bring something to the iPhone that many people, myself included, have wanted for years,” explained the leaker. “I am talking about USB-C. That’s right. Apple is considering adding a USB-C port to the next iPhone. More specifically, to the Pro lineup.

LeaksApplePro also details what he states are Apple’s three primary motivations behind the move:

Apple launched ProRes with the iPhone 13 range to give professional photographers and enthusiasts a RAW video format, but its file sizes are massive. One minute of 4K ProRes video creates a file of up to 13GB. This means storage is consumed so quickly it needs to be regularly offloaded, but the Lightning port is limited to measly 480Mbps (60MBps) whereas USB-C can hit 5Gbps (625MBps) — literally 10x as fast.

In recent months, the European Commission has passed new laws to force phone makers to use USB-C chargers and pressure is also expected to come from the Biden administration. Apple can attempt to fight this or circumvent it (such as providing adaptors in the box) but this could get ugly fast and do significant brand damage.

Circumventing USB-C rules by including a dongle would undermine Apple’s claims that it wants to protect the environment by reducing unnecessary accessories (a motivation it just recently used to justify removing chargers from iPhones). Conversely, moving to USB-C would have clear environmental benefits and finally give MacBooks and iPhones a universal charging option.

Personally, I would add a fourth reason here: objectively, it makes sense. In recent years, Apple has moved its MacBook Pro and iPad Pro models to USB-C saying the port was required for professionals. The iPhone Pro line=up has been the odd one out, until now. Apple has also shown this month it is open to U-turns with a revised stance on third party iPhone repairs.

Of course, this is still Apple and it has long been thought that the company’s preferred path is to skip USB-C completely and go portless, using only MagSafe for charging. So some skepticism is wise. Either way, the iPhone 14 range is shaping up to be full of surprises with big design changes, a supersized new budget model, the potential return of Touch ID, further camera upgrades and a controversial pill-shaped punch hole for Pro models.

It really does look like Apple is about to ‘Think Different’.