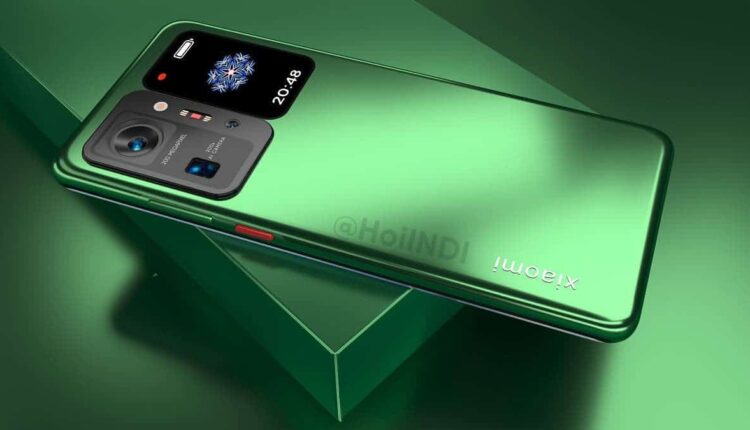 Designers continue to overwhelm the Network with fantasies about the appearance of the promising Xiaomi 12. The HoiINDI designer shared fresh renders. Unlike colleagues in the design department, who gave out pictures of the basic representative of the series, this time the public was pleased with a 3D preview of the coolest representative of the mentioned line – the Xiaomi 12 Ultra smartphone.

The description for the video notes the presence of a cool 200-megapixel camera in the device and the first-ever use of the Snapdragon 898 chipset on a commercial device.

The smartphone available in the video has an additional screen on the rear panel and has a camera under the screen. Visually, the device resembles its direct predecessor – the Mi 11 Ultra and has common features with the Mix 4.

Note that previously, designers of all kinds have regularly leaked their versions of how Xiaomi 12 will look in the basic version. The management of Xiaomi Group, as a rule, prefers not to comment on amateur renders, but there are exceptions. An example is the company’s reaction to the LetsGoDigital video (a brand representative called the shown design clumsy and terrible).

A few days ago, pictures of a working Mi 12 in the hands of a Chinese subway passenger appeared on the Web. Users have already called the corresponding photos “fake”.

At the disposal of network sources were information about the plans of the Chinese company Xiaomi; to bring to the commercial market two advanced technologies for ultra-fast charging of smartphones.

We are talking, in particular, about a wired system called HyperCharge, providing 200 watts of power. It allows you to fully charge your 4000 mAh battery in just eight minutes.

Also, the technology was shown in action in May this year, and recently it became known that the Chinese company NuVolta Technologies has created the NU2205 chip, which allows you to implement 200W charging in commercial devices. In addition, presumably, Xiaomi will adopt this particular product.

So, Network sources claim that the first Xiaomi smartphone with a 200-watt recharge will launch approximately in June next year. It could be one of the representatives of the Xiaomi 12 family; probably the most expensive variant of the Xiaomi 12 Ultra. However, we will for sure get new leaks regarding this in the upcoming few weeks.

Our Comprehensive Fujifilm X Series Lens Guide Is the Best on the Web!