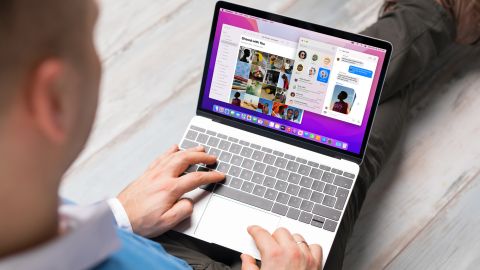 Microsoft has discovered a vulnerability that could allow an attacker to bypass System Integrity Protection (SIP) in macOS and perform arbitrary operations on a device. We also found a similar technique that could allow an attacker to elevate their privileges to root an affected device. We shared these findings with Apple through Coordinated Vulnerability Disclosure (CVD) via Microsoft Security Vulnerability Research (MSVR). A fix for this vulnerability, now identified as CVE-2021-30892, was included in the security updates released by Apple on October 26, 2021.

SIP is a security technology in macOS that restricts a root user from performing operations that may compromise system integrity. We discovered the vulnerability while assessing processes entitled to bypass SIP protections. We found that the vulnerability lies in how Apple-signed packages with post-install scripts are installed. A malicious actor could create a specially crafted file that would hijack the installation process. After bypassing SIP’s restrictions, the attacker could then install a malicious kernel driver (rootkit), overwrite system files, or install persistent, undetectable malware, among others.

This OS-level vulnerability and others that will inevitably be uncovered add to the growing number of possible attack vectors for attackers to exploit. As networks become increasingly heterogeneous, the number of threats that attempt to compromise non-Windows devices also increases. Microsoft Defender for Endpoint on Mac enables organizations to gain visibility and detect threats on macOS devices. Such visibility rolls up to Microsoft Defender for Endpoint, which provides organizations with a “single pane of glass” where they can detect, manage, respond, and remediate vulnerabilities and threats across different platforms.

In this blog post, we will share some information about SIP, examine the common types of SIP bypasses previously disclosed, and present the unique ones we discovered.

First introduced by Apple in macOS Yosemite, SIP—also known as “rootless”—essentially locks down the system from root by leveraging the Apple sandbox to protect the entire platform. Internally, it is controlled by the following NVRAM variables:

These variables cannot be legitimately modified in non-recovery mode. Therefore, the only legitimate way to disable SIP is by booting into recovery mode and turning SIP off. Turning SIP on or off is done using the built-in csrutil tool, which can also display the SIP status:

The csr-active-config bitmask NVRAM variable describes the different protections SIP offers. While not an exhaustive list, below are a few honorable mentions; the rest can be freely examined in the XNU source code:

Compromising any of these protections could enable attackers to bypass SIP completely. Some scenarios include the following:

Over the years, Apple has hardened SIP against attacks by improving restrictions. One of the most notable SIP restrictions is the filesystem restriction. This is especially important for red teamers and malicious actors, as the amount of damage one can do to a device’s critical components is directly based on their ability to write unrestricted data to disk.

Figure 2: Listing /usr with the -O option. /usr/local is not SIP protected, but /usr/sbin is.

Files with the extended attribute com.apple.rootless are likewise SIP-protected. Of course, there’s no way to add that extended attribute to a file legitimately. Otherwise, malware could use SIP for its own protection. The filesystem restrictions are a great way of restricting attackers. For instance, many of the /System directory and its subdirectories are SIP-protected.

Figure 3: SIP blocking a malicious LaunchDaemon registration that is frequently used for persistence.

Since the filesystem restrictions are so powerful, Apple must consider a few exceptional cases. For example, system updates require unrestricted access to SIP-protected directories. Therefore, Apple introduced a particular set of entitlements that bypass SIP checks by design. These entitlements are fine-tuned to specific SIP checks, and only Apple can assign them. So naturally, Apple only assigns these entitlements to its processes.

In our research, we focused on two powerful entitlements, which have also been targets of vulnerability hunters:

Figure 4: An example of a “com.apple.rootless.install” entitled process

Before our discovery, there had been several interesting SIP bypass vulnerabilities already reported in the past. In this section, we categorize these vulnerabilities into several classes and provide an example for each. Note that this is not a complete list; for instance, we excluded vulnerabilities involving the kernel itself because SIP only protects userland.

Previously, entitled processes could still load arbitrary dynamic libraries. One such example was presented in 2016, where libBaseIA.dylib, which is local to the app, was used by an entitled binary and could be infected with malicious code. At that point, the SIP bypass could be completely implemented in the malicious dylib.

In a security update for OSX 10.11.2, Apple fixed a security bug that was also abused by the MacDefender malware. The said vulnerability could allow a malicious .dmg file to be mounted (using hdiutil) over a SIP-protected folder, therefore completely bypassing SIP filesystem restrictions.

Entitled processes have also been sources of security bypasses. One notable example is a bypass that used the entitled fsck_cs utility. The bypass exploited the fact that fsck_cs would follow symbolic links and attempt to fix the filesystem presented to it.

Therefore, an attacker could create a symbolic link pointing from /dev/diskX to /System/Library/Extensions/AppleKextExcludeList.kext/Contents/Info.plist and invoke fsck_cs on the former. As the Info.plist file gets corrupted, the operating system could no longer control kernel extension exclusions, therefore bypassing SIP.

Since Microsoft Defender for Endpoint has a post-breach component, we decided to examine all the child processes of system_installd. To our surprise, we saw a few cases that could allow attackers to abuse its functionality and bypass SIP.

For instance, when installing an Apple-signed package (.pkg file), the said package invokes system_installd, which then takes charge of installing the former. If the package contains any post-install scripts, system_installd runs them by invoking a default shell, which is zsh on macOS. Interestingly, when zsh starts, it looks for the file /etc/zshenv, and—if found—runs commands from that file automatically, even in non-interactive mode. Therefore, for attackers to perform arbitrary operations on the device, a fully reliable path they could take would be to create a malicious /etc/zshenv file and then wait for system_installd to invoke zsh.

To create a fully functional proof-of-concept (POC) exploit, we implemented the following algorithm:

As seen in Figure 6 below, the POC exploit was able to override the kernel extension exclusion list:

zshenv as an attack technique

During our research, we also found out that zshenv could also be used as a general attack technique besides being used for a SIP bypass. We discovered that /etc/zshenv has an equivalent for each user profile under ~/.zshenv, which has the same function and behavior but doesn’t require root permissions to write to.

Generally, zshenv could be used as the following:

We shared our findings to Apple through Coordinated Vulnerability Disclosure (CVD) via Microsoft Security Vulnerability Research (MSVR). We want to thank the Apple product security team for their professionalism and responsiveness in fixing the issue.

Security technology like SIP in macOS devices serves both as the device’s built-in baseline protection and the last line of defense against malware and other cybersecurity threats. Unfortunately, malicious actors continue to find innovative ways of breaching these barriers for these very same reasons. They can take complete control of the device and run any files or processes they wish without getting detected by traditional security solutions.

Our research on the CVE-2021-30892 vulnerability exemplifies this. It highlights the need for organizations to have a security solution like Microsoft Defender for Endpoint that empowers them to quickly discover and remediate vulnerabilities through threat and vulnerability management. This allows defenders to detect vulnerabilities and misconfigurations on devices in real time and prioritize which need to be addressed immediately based on the threat landscape, business context, and other factors.

In addition, Microsoft Defender for Endpoint uses advanced behavioral analytics and machine learning to detect anomalous activities on a device, such as overwriting arbitrary SIP-protected files that our POC exploit is capable of. In the example provided in the previous section, it is anomalous for zsh to override the kernel extension exclusion list. As such, Defender for Endpoint detects it. Extending the concept, Defender for Endpoint has similar detections for sensitive file access, including system launch daemons, the rootless.conf file, and many more.

Finally, this research underscores the importance of collaboration among security researchers, software vendors, and the larger security community. As cross-platform threats continue to increase, vulnerability discoveries, coordinated response, and other forms of threat intelligence sharing help enrich our protection technologies that secure users’ computing experience regardless of the platform or device they’re using.

Microsoft is working on a new security hub for Windows 11