How to make your Android phone charge faster 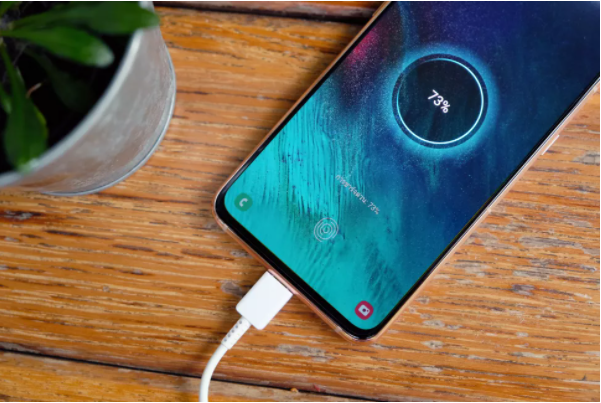 Knowing how to make your Android phone charge faster can be the difference between having plenty of juice left at the end of the day, or being left with a device that’s more useful as a doorstop.

Of course many of the best Android phones now have built-in fast charging, with the likes of the OnePlus 9 Pro able to charge from flat in just 30 minutes. However, not every phone has fast charging — and not everyone has access to their power brick the whole time.

If you’re using an older Android phone on which fast charging isn’t an option, it can certainly take a long time to fully charge your device, depending on how run-down the battery has become. It’s not unknown for some devices to take as many as four hours.

It’s also worth reconsidering which apps you use by checking out the worst battery killers. Doing so will increase the amount of time you’ll need between charges.

How to make your Android phone charge faster: Turn off your phone

When your Android phone is turned on, apps and other processes will be running in the background. This will increase the time it takes for your device to charge, so it’s a good idea to power down your phone before you plug the charging cable into it.

This also has a secondary benefit: the battery will charge more steadily when the phone is turned off, which is better for its overall health. Of course, you won’t be able to see how well the charge is progressing because the screen will be blank. But give it 30 minutes before turning the device back on and you may be surprised at how well it’s done.

How to make your Android phone charge faster: Use Airplane mode

If you’d rather keep the handset on during charging, you can try another method to reduce battery drain and speed up the process: activating Airplane mode. This disables wireless technologies such as cellular data networks, Wi-Fi and Bluetooth — each of which require power and will continue to draw on your Android phone’s battery even while you are charging the device.

1. Before plugging in your Android phone to charge, swipe down from the top of the screen to open the Quick Settings panel.

3. You can also launch the Settings app and navigate to Network and Internet.

By using Airplane mode, you’ll be able to cut charging time by as much as 25 percent since your device will be seeking to perform fewer tasks. It’s particularly effective if you’re in an area with poor reception, because a lack of a decent signal is one of the biggest causes of battery drain.

Just bear in mind that you won’t be able to receive calls or messages while Airplane mode is active, so don’t perform this trick if you’re waiting on something or someone important. The same is true when turning your phone off, but time it right and you’ll reap the benefit.

How to make your Android phone charge faster: Plug it into the wall

It’s totally safe to power your mobile phone by plugging it into the USB port of a laptop or games console. You may even decide to use your in-car charger. But these methods are the slowest ways to juice up, since they offer a maximum power output of just 0.5 amps. Wireless chargers are also slower, and they can take twice as long as wired ones.

Better, then, to charge from the mains — which offers double the output and a faster speed. You could also use a USB charging station, since these tend to have 1 amp ports, too.

But what if you can’t find a mains plug or charging station? If you’re on the go most of the time and need to quickly revive your phone, then consider one of the best portable chargers and power banks. They’re inexpensive and, in some cases, are capable of filling a phone in fewer than two hours.

How to make your Android phone charge faster: Keep it cool

High temperatures are bad for batteries, so the trick is to keep your phone as cool as possible when it’s charging.

Ensure it’s away from a source of heat, whether that’s the sun beating through a window or a radiator, and even consider taking it out of its case (assuming you have one) to allow more air to circulate.

Be careful when charging the phone in cold temperatures, too. If you’ve ventured outdoors in freezing weather, for example, allow the phone to warm up a little inside before charging. Yes, that will take a bit more time but you’ll at least be protecting the battery’s overall lifespan.

How to make your Android phone charge faster: Find a faster charger

Although you could use the charger that comes with your Android phone (assuming it did come with one), you may want to invest in a faster alternative — the higher the wattage, the faster it will power up a device. The Anker Nano II 30W USB-C power adapter, for example, is certainly worth considering — but check that your Android phone is compatible.

You should make sure that your cable is up to the job, too. Ideally you will want a quality 24-gauge USB-C cable which can carry currents of two amps or more. These have larger internal wires and they are an improvement on the 28-gauge standard cables.

How to make your Android phone charge faster: Leave it alone

Finally, don’t be tempted to keep touching your Android phone when it is charging. Every action you perform will be a drain on the battery and will cause it to charge more slowly. It’s not easy, we know, especially if you’ve decided not to put it into Airplane mode and you’re still getting messages and notifications. But if you want to get the devices charged fast, it’s worth being patient.

Why I Use Microsoft Edge on Android