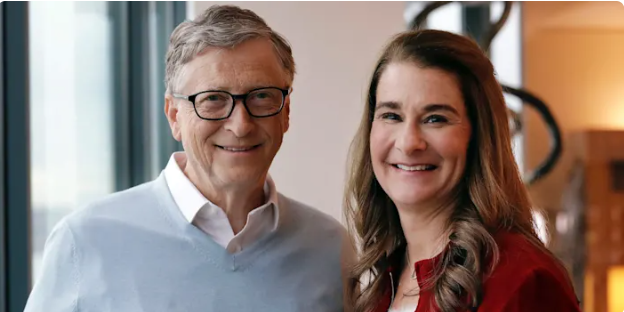 Jennifer Gates, the daughter of Bill Gates and Melinda French Gates, hinted that her parents’ divorce has been “challenging” in a new interview with Vogue.

“It’s been a challenging year, both collectively with the pandemic and for our families going through transitions,” she said, giving an oblique reference to the divorce.

The interview focused on her recent wedding to Nayel Nassar, with Gates saying: “But our love for one another has been a constant. Being able to celebrate our wedding with our closest friends and family was a dream come true.”

Bill Gates and Melinda Gates officially divorced in August after 27 years of marriage. They first announced their plans to divorce in May, saying they could no longer “grow together.”

They both plan on remaining cochairs of their nonprofit, the Bill & Melinda Gates Foundation, which works against poverty, disease, and inequity around the world.

They are doing a two-year trial period to see if they can keep working together and, if they find that they can’t, French Gates will resign as cochair of the foundation, leaving Gates fully in charge, the foundation said.