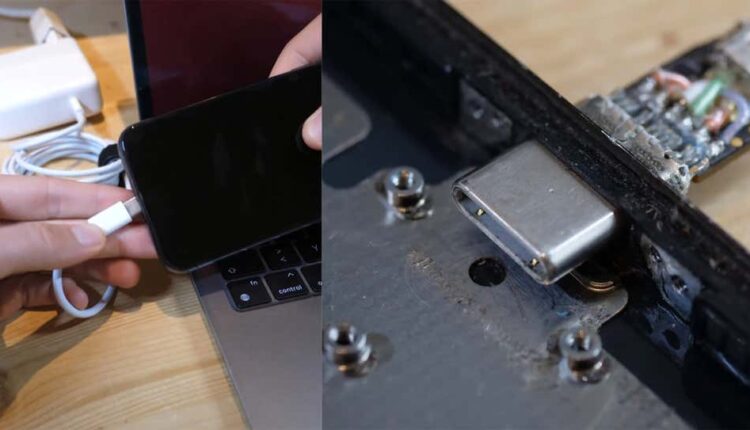 Earlier this fall, the European Union designated USB-C as the common charging port for future phones. While we wait for Apple to get with the program, an enterprising engineer went ahead and made what might be the world’s first iPhone with USB-C.

In a recent video on YouTube (via Apple Insider), engineering student Ken Pillonel shared how, with a lot of work and some tricky reverse engineering, he was eventually able to add a working USB-C port to a modern iPhone—an iPhone X, in this case.

Apple has slowly updated most of its iPad lineup to support USB-C, and many people have been hoping the company will do the same for the iPhone. Fully embracing USB-C would make it easier for Apple device owners to use the same cable to charge all their devices. Though rumors of USB-C coming to the iPhone date back to 2018 and beyond, Apple has made no indication that it will ever bring USB-C to its phones, which is what makes Pillonel’s creation even more impressive.

In a blog about his USB-C iPhone project, Pillonel said one of the most difficult parts was figuring out how to use Apple’s proprietary C94 connector, which is the circuit Apple sells to third-party accessory makers for use in Lighting cables and connectors. From there, Pillonel was able to solder the C94 connector to a conversion board and then attach a USB-C port on the end.

That wasn’t the end of the challenge. Pillonel said the other major hurdle was getting all the new components to fit inside the iPhone’s chassis, which eventually required him to fully reverse engineer the C94 connector’s circuit board. But in the end, Pillonel’s hard work paid off: He claims he was able to build an iPhone with USB-C that can both charge and transfer data without issue.

Unfortunately, these steps are probably a bit too complicated for the average iPhone owner to perform on their own device, but even just proving it can be done is a worthy feat on its own. And for anyone brave enough to try to create their own USB-C iPhone, Pillonel said he is working on a more in-depth video and a second part to his blog that will cover the conversion process in much more detail.

Unfortunately, it seems the rest of us will have to continue to dream about a day when we might have an iPhone that can use the same charging cable as an iPad or most Android handsets. The more likely outcome is that in the not-too distant future, Apple will simply ditch the Lightning connector and make an iPhone that’s completely portless.