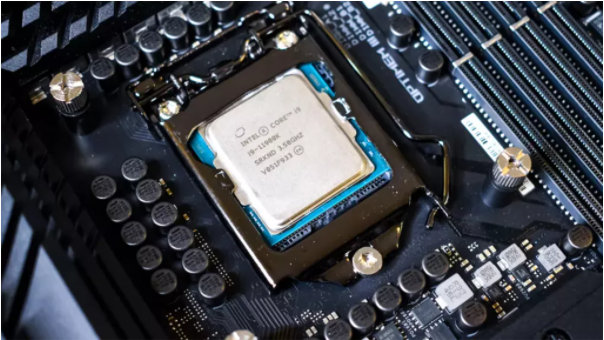 Intel’s Core i9-12900K has been spotted in yet more Alder Lake leakage, with another spilled benchmark suggesting that we’ll get promising performance from the 12th-gen flagship.

This comes from Twitter-based hardware leaker HXL (again) who flagged up a couple of purported benchmarks on Bilibili, showing the 12900K put through its paces on Cinebench R20 and CPU-Z.

As observed, the benchmarks were carried out under Windows 11 with DDR4 system RAM, using a QS or qualification sample (meaning it’s the final pre-release version and should be pretty much identical to the retail chip).

We must, of course, apply the usual caveats and caution around any leaked benchmarks, but this is yet another promising set of leaked results for Alder Lake. That single-core performance beating out current-gen Rocket Lake by 20% across two benchmarks is quite an eye-opener, and multi-core speeds roughly equalling the Ryzen 9 5950X are also seriously impressive (single-threaded performance is much better than the Ryzen chip, too, to the tune of 27% and 18% faster in CPU-Z and Cinebench respectively).

Another point to bear in mind here is that the 5950X is a 16-core CPU bristling with 32-threads, compared to the 12900K’s purported configuration of 24 threads (it’ll run with 8 full-power performance cores, and 8 efficiency ones, with the latter not having hyper-threading). So the Ryzen chip has an 8-thread advantage here, and remember, the final retail 12900K chip could do better still, particularly if paired with DDR5 RAM (DDR4 is used in this round of testing as noted).

If there’s one area for a touch of concern at first glance, it’s the power consumption hitting 257W in the stress test here, and temperatures reaching 108C – but that’s to do with the apparently fudged cooling solution (it wasn’t properly mounted) the leaker had to employ here. In other words, take that with a whole lot of condiments, and the thermal performance of the actual finished product will be a whole lot better (likely in the same ballpark as the 11900K).

Overall, this is a very promising leak for Intel, and yet another one which seems to suggest that Alder Lake could be a real headache for AMD and its desktop Ryzen dominance.