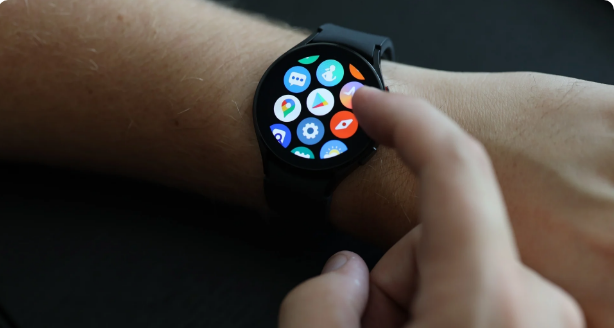 Up until now, Samsung’s new Galaxy Watch 4 series had exclusive access to the YouTube Music app for Wear OS, but that’s changing with a new update. Google confirmed today that older Wear OS smartwatches — that weren’t made by Samsung — are now getting support for the YouTube Music Wear OS app, with more coming later this year.

The Galaxy Watch 4 series runs One UI on top of Wear OS 3, the latter of which was developed in collaboration with Samsung. As a result, shortly after the Galaxy Watch 4 duo came out, they were the only Wear OS smartwatches to support the YouTube Music app. But according to Google (via AndroidPolice) the app is coming to older devices running Wear OS 2.

Samsung’s Galaxy Watch 4 series was never meant to have exclusivity rights over the YouTube Music app, but this was a byproduct of Samsung’s involvement with the development of Wear OS, which gave it early access to the new OS update ahead of other watchmakers. And as of this writing, the Galaxy Watch 4 lineup remains the only one to feature Wear OS 3. However, the YouTube Music app was never intended to remain exclusive to Samsung’s wearables.

The other non-Samsung smartwatches that can now run YouTube Music are the Fossil Gen 6 and the Michael Kors Gen 6 — both of which are very similar in terms of hardware — and three Mobvoi TicWatch smartwatch models, namely the Pro 3, Pro 3 LTE, and E3. Google said that more Wear OS 2 devices will be getting the YouTube Music app before the end of the year, hinting in a roundabout way that other watchmakers won’t get Wear OS 3 very soon.