Windowsfx is the Linux distribution Windows users have been looking for 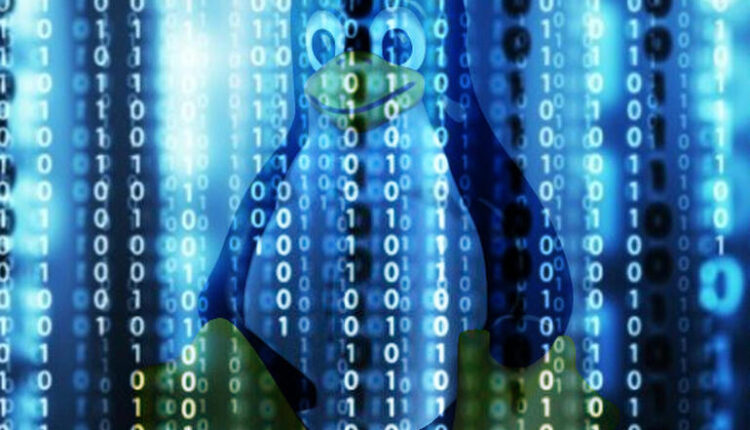 Few operating systems have so closely mimicked Windows as the upcoming Windowsfx 11. Jack Wallen takes a look at the preview of this Linux operating system and comes to a very impressive conclusion.

Over the past 20 or so years, there always seems to be that one distribution everyone claims is the best to help Windows users transition to Linux. Most often those distributions are nothing more than Linux with a desktop that looks like Windows. Sometimes they do a decent job of mimicking Windows and sometimes not.

But every so often something special pops up, a distribution that goes well beyond that extra mile to make Windows users feel right at home with Linux. Such is the case with Windowsfx. This Linux distribution is far from just a UI tweak to resemble another OS, it’s perfectly tuned for Windows users. It looks like Windows 11, and it behaves like Windows 11… only it’s Linux. For certain users, Windowsfx will be the absolute best of both worlds.

SEE: 5 Linux server distributions you should be using (TechRepublic Premium)

Windowsfx is now in preview, but so far it’s been pretty spectacular. There are two different versions you can use, the free or the professional version. The free edition includes all operational features and a 30-day trial of all WxDesktop resources. The professional edition ($20) includes:

After experiencing the free version for just a few days, I can tell you the professional edition would be well worth the $20 price of admission.

Automate Tasks in Excel & Handle Data Like a Certified Pro

Let’s take a look at what this desktop has to offer.

I’m going to skip over the installation because it’s just as easy as any Linux installation. I would go so far as to say it’s even easier, simply because upon first login Windowsfx walks you through every phase of getting all of the Windows-y bits put in place (including the installation of the Wine compatibility layer—so you can install Windows applications).

If you’re a fan of the Windows 11 UI, you’re in for a treat because the developers have done a spectacular job of creating a desktop (Figure A) that looks and feels very much like what Microsoft has done.

The one thing I will say about the onboarding for Windowsfx is that the installation for all of the Windows compatibility components does take quite a long time. You’re looking at anywhere from 30-60 minutes (depending on the speed of your network). This installation adds several extra components to give both .exe and .msi compatibility to Windowsfx. So, anyone who needs to run Windows software would be best served to take the time to complete this setup.

If you dig in, you’ll find the default version of Windowsfx uses the KDE Plasma desktop to achieve its look and feel. That was a smart choice by the developers, as it offers the best combination of user-friendliness, stability, speed and customization.

Those who have given the Windows 11 interface a go should feel right at home with Windowsfx. Click the desktop menu icon to reveal the menu, where you can locate all of the installed applications and search for files (Figure B).

Of late, I’ve made it very clear that the KDE Plasma developers have been doing a spectacular job with their desktop, and Windowsfx shows off just how beautiful and functional it is. There are zero complaints to be found when working in this UI.

This is where it starts to get very interesting for Windows users coming to Linux. You’ll notice that MS Edge is the default web browser for Windowsfx. Also, Discover (the KDE Plasma software center) has been renamed Windowsfx Store … at least in the panel. Once you open the app, it’s still clearly KDE Discover, but it’s just as easy to use as what you would find on the Windows desktop.

But when you dig in, you start noticing a bit of a pattern. Windowsfx includes several apps you’d normally associate with Windows, such as:

Windowsfx includes it all. And, once you have the full Wine compatibility layer installed, you can add all of the other Windows applications you require.

Windowsfx is based on Ubuntu and uses the KDE Plasma desktop. That combination alone should give you a pretty good indication as to how this desktop operating system performs. If not, I’ll tell you myself: It’s stellar. Even with the Wine compatibility layer (and all of the other Windows trickery), Windowsfx is as good an operating system as you’ll use. And, because it lands in a very specific niche, it’s far and away the best Windows clone to have ever hit the Linux space.

If you are a Windows user, and you’ve been looking for the best path to Linux, this is it. Just remember to take the time to complete the Wine installation (which includes a large number of sub-components such as .NET and Visual C++), so you can make the absolute most out of this desktop operating system.

I had to keep reminding myself this was a preview edition of the operating system. For the most part, it felt like a full release. However, there were issues that cropped up now and then. One of the biggest I found was the terminal seemed to be mapped to the wrong keyboard layout (even though I specified the proper layout during the installation. Another issue was that it didn’t quite understand it was running in a VirtualBox virtual machine. Although it was fine prior to installation, once installed, I had issues getting the guest additions installed so I could resize the window. This, however, was a direct result of the terminal window issue.

Another problem, one I am very much not accustomed to, was that every time Discover had updates (which were often at first), WIndowsfx decided it needed to restart. That’s a very Windows-like behavior that most users would love to escape. And seeing as how Linux users only ever restart after the kernel is updated, this was a most unwelcome change.

Finally, the restart button in the panel (as well as the one prompted by the updates) never seemed to work. In order to restart I had to always go through the start menu.

Understand, all of these issues are most likely to do with the fact that Windowsfx is still in preview. Hopefully, they’ll all be fixed before the final release is made available. Other than that, this Linux distribution made quite the positive impression on me.