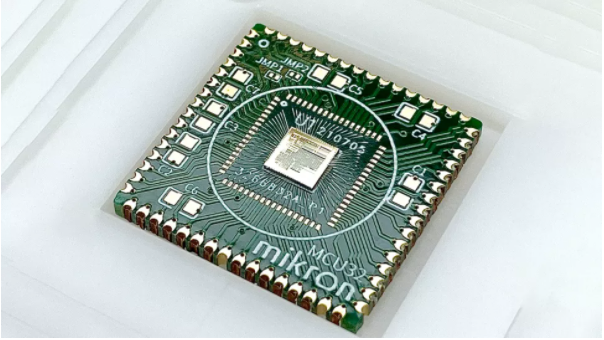 As we can see with the new Mikron MIK32 chip, the open-source RISC-V architecture opens doors for companies to redevelop existing microcontrollers. That’s becoming even more important as countries around the world look to wean themselves off of Western technologies. But just how feasible is that approach?

Inherited from the USSR, the modern Russian Federation has its own CPU architecture (Elbrus) and platforms to build PCs and servers. In addition, there are Russian companies that develop various Arm-based system-on-chips and controllers. The country also has 300-mm equipment purchased from AMD’s fab near Dresden in the early 2000s. This means that, in theory, Russia could build CPUs for its own domestic needs (yet it will hardly satisfy even 50% of its needs as most programs are designed for x86 or Arm processors).

But there are some major caveats. Elbrus processors were designed to power specific mission-critical applications and cannot be efficiently used for all types of workloads. In addition, other CPU architectures are developed in the UK and the US, actual logic chips are built in Taiwan. In fact, nearly all supporting ICs and microcontrollers are developed in Europe or the USA. That makes it impossible for Russia to replace any significant portion of technology it uses with its own homegrown chips. This is where Zelenograd-based Mikron comes into play with its MIK32 chip based on the RISC-V architecture.

The Mikron MIK32 is a classic microcontroller featuring an RV32IMC core that runs at 32 MHz. It also comes with all types of I/O, including I2C, UART, SPI, ADC, DAC interfaces, as well as numerous timers and an interrupt controller, reports CNX Software. The microcontroller can be used for various applications, including gas/water meters, industrial sensors, and healthcare equipment. These devices have a very long lifecycle, which could be a problem for the MIK32.

As noted by CNX Software, MIK32’s functionality mimics that of the widely-used ST Microelectronics’ STML0 microcontroller, so swapping out the chips will require a lengthy validation process. Mikron has a development board to make the potential transition easier and faster, but only time will tell whether its customers will actually use the MCU.

A company would rarely want to swap out a microcontroller on a long-life device, so we shouldn’t expect the Mikron MIK32 to replace a large number of STM’s chips in the coming years. Yet, the fact that Mikron has developed such a RISC-V-based MCU indicates that RISC-V is certainly getting traction.