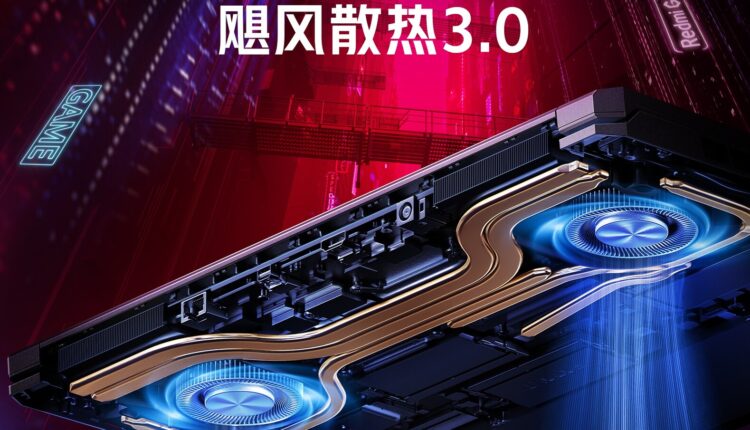 Xiaomi is set to release a second-gen product in its Redmi G gaming laptop series. The Redmi G (2021) will launch on September 22 and the company has now revealed some details of the laptop’s cooling hardware and display via a series of teasers.

Xiaomi is ramping up marketing for its imminent gaming laptop, the Redmi G (2021). The successor to last year’s Redmi G will launch on September 22, and Xiaomi has now released a few more teasers that reveal even more about the gaming laptop.

In a series of images on Weibo, Xiaomi revealed that the Redmi G (2021) will feature Hurricane Cooling 3.0. That’s just fancy marketing speak at its best but the company went on to confirm the presence of double 12 V fans, five copper heat pipes, and four air outlets. At the very least, it appears Xiaomi is taking cooling seriously on the Redmi G (2021). That’s necessary since it’ll pack powerful hardware in the form of an AMD Ryzen 7 5800H and a GeForce RTX 3060 combo.

Xiaomi has also revealed that the Redmi G (2021) will sport a massive 16.1-inch display with a 144 Hz refresh rate. Those are the same display specs as on the first-gen Redmi G. If that’s any indication, the display on the Redmi G (2021) will be a 1080p panel. As previously mentioned, launch is scheduled for September 22.
Source: www.notebookcheck.net
LaptopRedmiBookXiaomi
209
Share