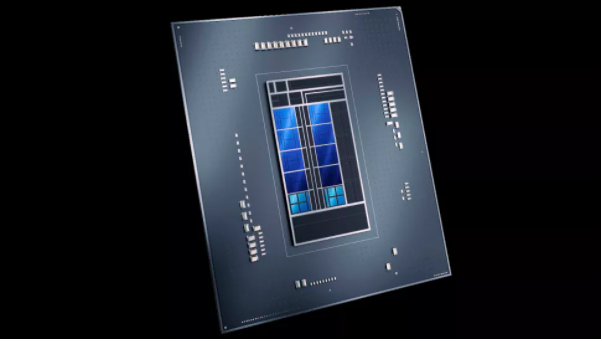 A new Alder Lake benchmark has been posted with a for sale listing, potentially showing Alder Lake running in its new Gear 4 mode. According to @harukaze5719, this latest leak comprised a Core i5-12600K 10-core CPU running the AIDA64 cache & memory test, with a kit of DDR5 memory operating at DDR5-6400. Memory bandwidth was impressive at around 88-90GBps. However, memory latency took a huge hit, running at a sluggish 92.5ns.

According to the listing, the system ran with Gear 4 enabled. In the last decade, Intel hasn’t released a single architecture that approached 92.5ns of memory latency. Only AMD’s original Zen architecture was capable of such laggy behavior, and it was known for its memory bottlenecks in that first-generation iteration.

Intel first introduced gear modes with its current Rocket Lake architecture as a way to improve memory support, but at the cost of latency. Rocket Lake offers up two modes:  Gear 1 and Gear 2. Gear 1 is the default mode that will run the memory controller and RAM at the same frequency, resulting in very low system latency. Gear 2 on the other hand reduces the memory clock to run at half the speed of the memory controller clock, or a 2:1 ratio. You sacrifice some memory latency, but you reach higher frequencies, and thus higher bandwidth, as a result.

When we tested both gears in our Rocket Lake review, we noticed Gear 2 took a noticeable toll on system latency, directly impacting gaming performance. We tested a Core i5-11600K with Gear 1 mode featuring DDR4-2933 RAM, and DDR4-3200 RAM for Gear 2. Despite the faster memory speeds on Gear 2, we found that Gear 1 was consistently faster, with 5% better gaming performance. The memory latency results showed a similar trend, with 59.3ns for Gear 2 mode and 52.3ns for Gear 1. The latency results would be even more pronounced if both configurations ran at the same RAM frequency.

With Gear 4 mode, Intel takes things to a whole new level by cutting the memory controller frequency to just a quarter of the memory frequency. While this does allow the chip to support incredibly fast memory, it should still result in large latency losses.

So if the leaked latency results are true, with Gear 4 nearly doubling the amount of memory latency of Gear 1, then that setting will probably be quite useless for PC gaming and for other consumer-based applications. Generally, system latency is far more important than memory bandwidth, with only a couple of memory-hungry apps actually breaking that rule. So we’ll have to see how these changes materialize once Alder Lake launches later this year.

The biggest unknown to all this is DDR5 memory, and what the highest memory frequency will be for the most expensive DDR5 kits. We’ve already seen DDR5 kits that can hit 12600MT/s, so Gear 4 mode could be advantageous at these speeds and beyond. But for now, it’s only a theory. We’ll have to wait for reviews (or at least a few more leaks) to see how the new Alder Lake architecture handles DDR5, and if higher gear modes will actually be useful.