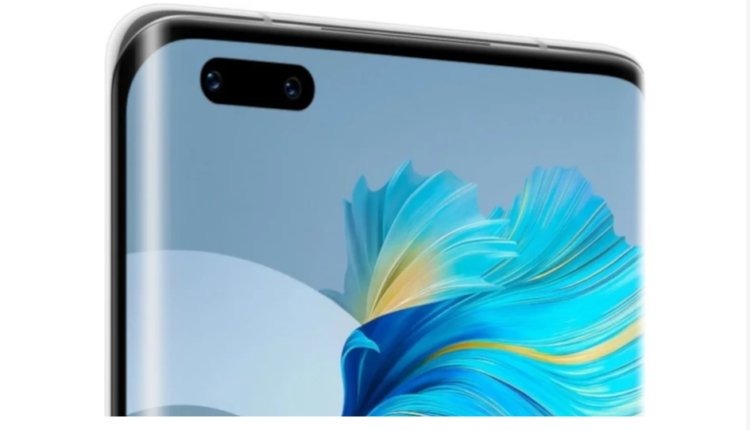 Share
Tipster says Huawei Mate 50 series will offer satellite-based SMS service
Users will text first responders and report incidents such as plane crashes, sinking boats, fires, and more. A feature called “Emergency Message via Satellite” would be integrated into the Messages app as a third option after SMS and iMessage and would be identified by a gray text bubble. Of course, iMessages use a blue text bubble while SMS messages are found inside green text bubbles.
The Huawei Mate 50 series is rumored to support Beidou satellite connectivity for cellular-free SMS messages
As it turns out, a fresh report says that the iPhone won’t be the only handset to include support for satellite connectivity when cell service is not an option. A Weibo tipster (via GizChina) says that the delayed flagship Huawei Mate 50 line might come equipped with support for the Beidou satellite system. This feature will allow users to communicate using the satellite’s short message service even when there is no cellular signal available.
The Mate series has usually been Huawei’s second flagship series of any recent year and its most technologically advanced phone. But with the U.S. restrictions that prevent Huawei from obtaining cutting-edge chips, and the pandemic, the manufacturer’s timeline has shifted this year. The camera-centric P50 flagship series, normally released around the first quarter of the year, has been pushed back with the P50 Pro launched in early August and the P50 expected to be released this month.
As a result, the Mate 50 and Mate 50 Pro will launch sometime during the first half of 2022. There is a very good chance that the Mate 50 line will allow users to send and receive text messages via satellite especially since 2020’s Huawei P40 series featured high precision navigation driven by Beidou’s satellite system. This is another sign that Huawei continues to innovate and is not giving up its floundering smartphone business despite the restrictions placed on the company by the U.S.
Earlier this week, we told you that the P50 is expected to launch this month powered by a Snapdragon 888 chipset that will support 4G and will not work with 5G. That makes the component less than cutting-edge allowing Samsung Foundry to ship it to Huawei. The phone will have HarmonyOS 2.1 installed allowing users to take advantage of seamless connections between Huawei devices using the same Huawei ID.

So let’s say that you started playing a game on your Huawei  P50 and hoped to finish it on your MatePad tablet. With HarmonyOS 2.1, you can continue playing the game on the slate exactly where you left off on the phone. The cool part is you won’t even have to download the game on your tablet.
The Weibo tipster who spread the rumor about the Mate 50 and its possible support for sending satellite-based SMS messages adds that other Chinese smartphone brands will probably support satellite connectivity by the end of this year. The Beidou SMS feature is part of the satellite system’s navigation system, it is used in many different industries including forest fire prevention,  power monitoring, and transportation.
When it comes to the use of satellite connectivity for SMS messages, it will allow users to stay in touch with others using text messages even in areas where there is no cellular service. Eventually, phone manufacturers hope to allow users to make and take phone calls without requiring the use of a cellular network.
Source: www.phonearena.com
HuaweiHuawei BandSmartphone
177
Share