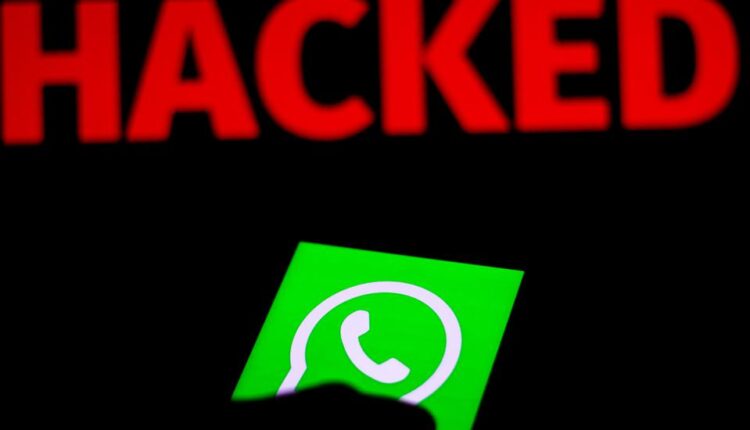 Paragon Solutions doesn’t have a website. There’s very little information at all about them online, even if the Tel Aviv-based smartphone surveillance startup’s employees are all over LinkedIn, more than 50 of them. That’s not a bad headcount for a company that’s still in stealth mode.

But it does have a cofounder, director and chief shareholder that will turn heads: Ehud Schneorson, the former commander of Israel’s NSA equivalent, known as Unit 8200. The other cofounders – CEO Idan Nurick, CTO Igor Bogudlov and vice president of research Liad Avraham – are ex-Israeli intelligence too. Also on the board is cofounding director and former Israeli prime minister Ehud Barak. They also have a significant American financial backer: Boston, Massachusetts-based Battery Ventures. According to two senior employees at companies in the Israeli surveillance industry, who spoke on the condition of anonymity, the venture capital business put in between $5 and $10 million, though Battery declined to comment on the nature of its investment, which is only mentioned in brief on the company’s website.

Paragon’s product will also likely get spyware critics and surveillance experts alike rubbernecking: It claims to give police the power to remotely break into encrypted instant messaging communications, whether that’s WhatsApp, Signal, Facebook Messenger or Gmail, the industry sources said. One other spyware industry executive said it also promises to get longer-lasting access to a device, even when it’s rebooted.

The startup, founded in 2019, is quietly building up steam at a time when its ilk in the smartphone hackers-for-hire industry are under heavy fire. The Pegasus Project, a coalition of nonprofits and global publications, this month claimed to have uncloaked worldwide surveillance of journalists, lawyers and high-profile elected politicians by clients of Israel’s best known spyware provider NSO Group. The company’s CEO has rebuffed the claims made by the Project’s partners, saying it had no evidence that its tools were used to target those named in reports, from the wife of murdered journalist Jamal Khashoggi to French president Emmanuel Macron. The French government has already begun its investigation, but other administrations around the world are now being called on to probe just who was hacked by NSO’s spyware and why. Even before the Pegasus Project, Microsoft president Brad Smith warned the $12 billion industry as a whole represented a threat, writing: “An industry segment that aids offensive cyberattacks spells bad news on two fronts. First, it adds even more capability to the leading nation-state attackers, and second, it generates cyberattack proliferation to other governments that have the money but not the people to create their own weapons. In short, it adds another significant element to the cybersecurity threat landscape.”

A senior executive at Paragon, who declined to comment on the record, told Forbes that he did not want to talk about its products. He said the company does not yet have customers. But, in an attempt to avoid the trouble NSO has had with some of its clients who were barred over misuse, the executive added that Paragon would only sell to countries that abide by international norms and respect fundamental rights and freedoms. Authoritarian or non-democratic regimes would never be customers, he added.

Two industry sources said they believed Paragon was trying to set itself apart further by promising to get access to the instant messaging applications on a device, rather than taking complete control of everything on a phone. One of the sources said they understood that Paragon’s spyware exploits the protocols of end-to-end encrypted apps, meaning it would hack into messages via vulnerabilities in the core ways in which the software operates.

The company’s staff, according to LinkedIn profiles, have strong backgrounds in surveillance, with its VP of operations and HR lead being ex-NSO, and many of its developers coming from Israel Defense Forces intelligence units. One of its software developers, Alon Weinberg, previously presented research on hacking the software running on Intel and AMD chips at famous U.S. hacking conference Def Con.

With an American backer, it appears Paragon is going to try and crack American law enforcement agencies where others like NSO have failed. According to a LinkedIn profile, a 30-year veteran of Israeli intelligence, Menachem Pakman, has been employed to help find business in the U.S. There’s no indication that they have clients across the Atlantic yet, however.

According to the corporate filing for the company, Battery invested via two of its venture capital vehicles in September 2019, indicating it helped launch the business, while its Israel-based vice president Aaron Rinberg is a board observer at Paragon. Battery, which has raised more than $9 billion since its founding in 1983, has claimed some hugely successful investments in its time, including Coinbase, Groupon, Splunk, SkullCandy and Pokémon Go creator Niantic. The company hadn’t commented on its investment in the Israeli smartphone surveillance game at the time of publication.

John Scott-Railton, senior researcher at Citizen Lab at the University of Toronto’s Munk School, said that if the aim of Paragon’s business is to help American agencies target Americans, then it needs to be scrutinized. “Any American investor that is putting money into the industry right now, urgently needs serious scrutiny. We are going to need to know who their customers are. We’ve learned what happens when the industry operates in secrecy and says they care about protecting human rights,” he said. “The hack-for-hire industry has gone way far out on a legal limb.” The Paragon executive said the company would not disclose future customers.

Paragon isn’t the first Israeli company to take American venture capital on launch. Toka, which focuses on helping law enforcement hack into Internet of Things devices like Amazon Echos for forensics or during property raids, raised $12.5 million in 2018, in a round that included funding from Dell Technologies Capital and Andreessen Horowitz. NSO, meanwhile, was majority-owned by U.S. private equity firm Francisco Partners until a U.K. private equity company, Novalpina Capital, took control.

Paragon’s leadership are also in the interesting position of working for both cyber defense and offensive companies. In 2019, the same year they set up Paragon, Nurick and Schneorson unveiled a company they had cofounded, Hunters.ai, a startup promising artificial intelligence that can hunt down hackers on a network and is backed by Microsoft’s investment arm M12. (After publication, a current investor in Hunters.ai told Forbes both departed the company early on and have no shares or involvement in the business.) Schneorson was also named as an advisor for ZecOps, a mobile security business that has, in the past, uncovered phone hacks developed by surveillance businesses. (ZecOps CEO Zuk Avraham hadn’t responded to a request for comment at the time of publication.)

What is Pegasus Spyware and How It Works?