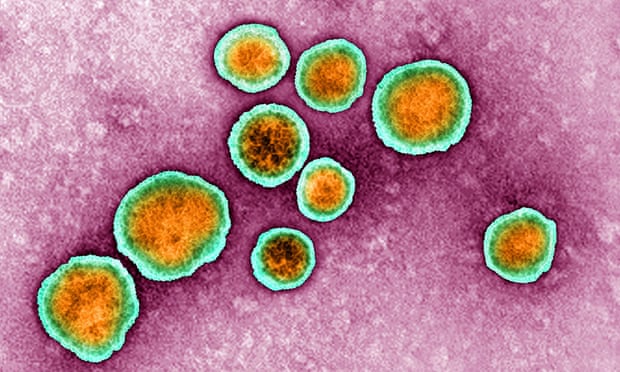 Parents are being urged to look out for signs of severe respiratory infection in their children over the summer amid a rise in cases.

Hospitals are treating a growing number of children with illnesses usually only seen in winter after the levels of such cases fell during the pandemic, health officials in England have said.

More young people with high temperatures and difficulty breathing are seeking help amid a surge in colds and the respiratory syncytial virus (RSV) which usually hit at a different time of year, an official warning from Public Health England said. Positive RSV samples among suspected cases have increased over the past five weeks from 1.2% to 8.9%.

Parents are being encouraged to look out for symptoms of severe infection in at-risk children, including fever with a high temperature of 37.8C or above, a dry and persistent cough, difficulty feeding, and rapid or noisy breathing. The NHS is preparing for a rise in children needing treatment.

It comes after a year of lower infections, due to the various restrictions in place to reduce the spread of Covid. Experts fear this means many children will not have developed immunity, leading to a higher number of cases this year. For most children, these illnesses are not serious with rest and plenty of fluids.

The health minister Lord Bethell said: “I remember the long nights in hospital when my eight-week old daughter fought off RSV. The image of her tiny body plugged into those machines and gasping for air will not leave me. I would not wish those moments for anyone.

“I urge all parents and carers to be alert to the signs of RSV, particularly among young children. It’s a nasty bug, so watch out for it.”

As part of this in response to summer cases, the offer of the preventive medicine palivizumab – used to prevent respiratory illness – has been brought forward from the usual October start date and the number of doses has been extended from five to seven. It will also be offered to young children who are at the highest risk of complications from RSV.

RSV is a very common virus and almost all children are infected with it by the time they are two years old. In older children and adults, it may cause a cough or cold.

However, some children under two, especially those born prematurely or with a heart condition, can suffer more serious consequences from these common infections, another of which is bronchiolitis – an inflammatory infection of the lower airways, which can make it hard to breathe.

The early symptoms of bronchiolitis are similar to those of a common cold but can develop over a few days into a high temperature of 37.8C or above (fever), a dry and persistent cough, difficulty feeding, rapid or noisy breathing (wheezing).