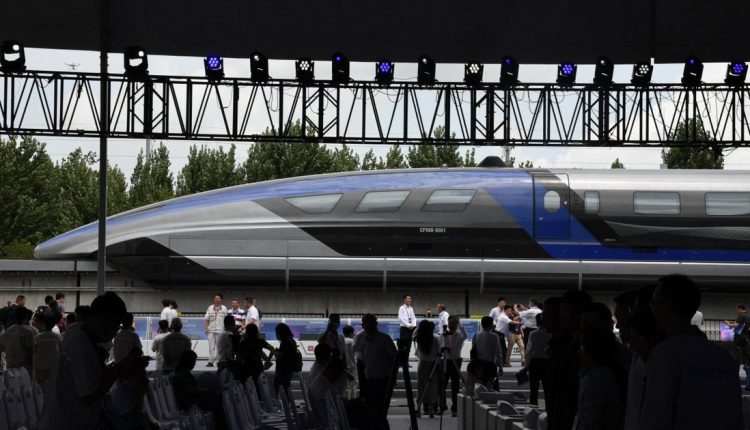 The production of the fastest train ever built in China, with a top speed of 600km/h (373mph), shows China was becoming a “transport superpower”, according to China Railway Rolling Stock Corporation (CRRC).

Manufacturer CRRC Qingdao Sifang said the maglev train rolled off the production line in the eastern coastal city of Qingdao on Tuesday.

In January, chief engineer Liang Jianying said the train would go into service in five to 10 years.

China will next carry out more route tests and assess the engineering viability of the trains in the coming few years, according to Chinese state newspaper People’s Daily.

, or magnetic levitation, trains hover above the track and are propelled by powerful electromagnets. The lack of friction makes them capable of travelling at much higher speeds than conventional trains.

The travel time between Beijing and Shanghai, for example, was expected to be cut from five hours by high-speed train to about 2.5 hours, according to state media.

The superfast train is central to plans announced by Beijing in July last year for a smart transport network featuring up to nine maglev lines stretching more than 1,000km (620 miles). Developing the maglev train had been listed as one of China’s key goals in building transport infrastructure.

People’s Daily said the new train, which has been under development since 2016, “fills a gap between aeroplanes and high-speed rail” and adds to the flexibility and convenience of the country’s transport network.

In April, the Washington-based Information Technology and Innovation Foundation said in a report on China’s rail policy that maglev projects were estimated to be around 1.5 times more costly than conventional bullet trains because they could not be integrated into standard rail infrastructure.

It also asked “whether there is an ideal distance and market that can leverage maglev’s higher speeds at an affordable price”.

“China’s government is betting that it can do both as it throws significant financial resources and policy support behind its firms to make maglev trains happen,” the report said. It pointed to the country’s first maglev service in Shanghai which “likely runs at a significant loss, given it cost about US$1.7 billion to build”. 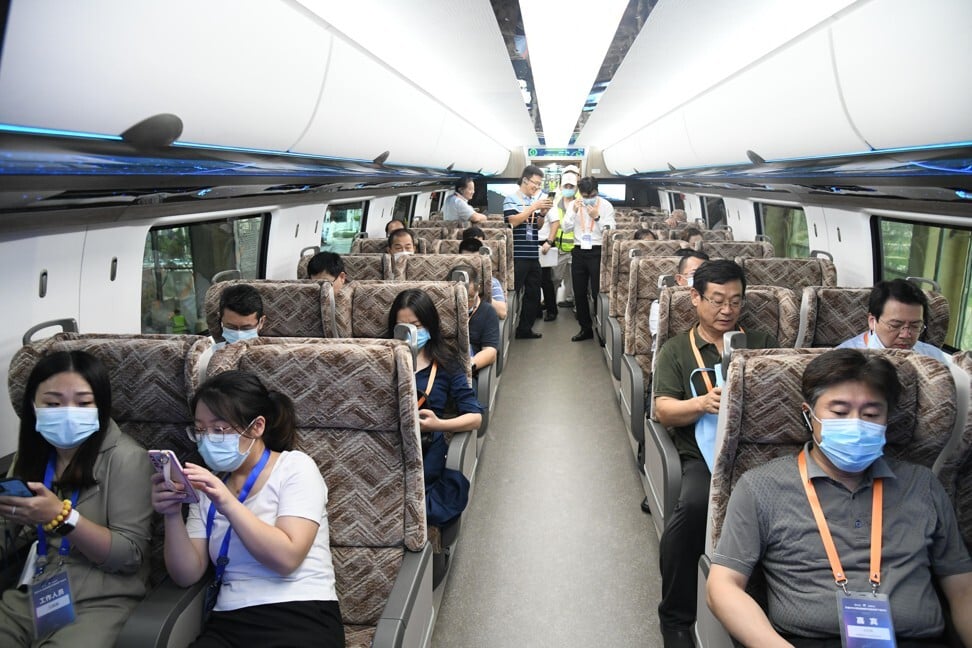 Visitors get a feel for the inside of China’s new high-speed maglev train in Qingdao on Tuesday. Photo: Xinhua

The maglev trains linking downtown Shanghai to its main airport have a top speed of 431km/h. Both the trains and system, which has been in operation since 2003, were designed by German engineers.

China opened its first home-built line in Changsha in 2016, but none of the trains built or tested so far have been capable of reaching the new trains’ top speeds of 600km/h.

It added that a high-speed train developed by CRRC had hit a top speed of 486.1km/h on the tracks.