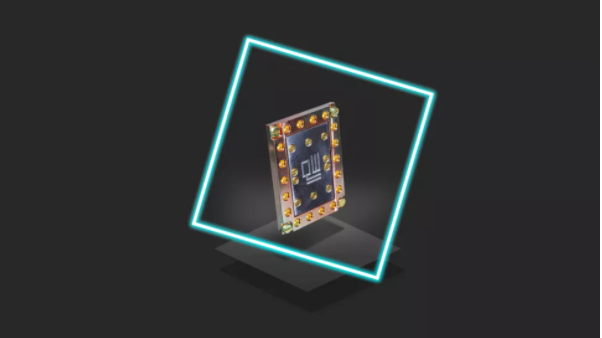 So far, quantum computing has been a prerogative of large and well-funded research institutes and commercial companies with deep pockets. But every new technology becomes democratized sooner or later and it looks like this is about to happen to quantum computing as QuantWare, a startup from the Netherlands starts to offers its Soprano quantum processing unit (QPU) to all interested parties.

QuantWare’s Soprano processor has five qubits with customizable topography, which includes Purcell filters, AirBridges, and QuantWare’s proprietary TSV configuration. Soprano processors are available off-the-shelf or based on custom target parameters, depending on customer requirements. QuantWare can deliver its QPU fully packaged, or as a bare die (with customizable size). Unfortunately, it does not disclose pricing of one Soprano 5-qubit QPU.

QuantWare guarantees 99.9% single-qubit gate fidelities (lack of errors) over 10 µs T1 time (subject to stack quality), which should keep error rates manageable, the company told Ars Technica. While five qubits is small by today’s quantum computing ‘standards’, some companies offer cloud access for much higher performance, this configuration is said to be enough to attract researchers from smaller companies and from universities.

“Our Soprano QPU is what the Intel 4004 was for the semiconductor business,” said Matthijs Rijlaarsdam, a QuantWare co-founder, reports HPCwire. “Superconducting qubits are highly customizable, easy to control and very scalable. That practicality makes superconducting QPUs by far the most likely candidate for near-term quantum computing applications.”

QuantWare expects its QPUs to double, possibly quadruple their qubit counts each year in the coming years, which means that they will get orders-of-magnitude faster and will enable smaller institutions to gain access to supercomputer-class performance.

Quantum processors require extreme cooling methods, such as liquid helium or refrigeration. To that end, not many commercial companies are likely to adopt quantum computing any time soon, or at least before such cooling technologies get smaller, cheaper, and more reliable.

PHANTOM X RE-IMAGINES THE DESIGN OF SMARTPHONE FOR THE FUTURE