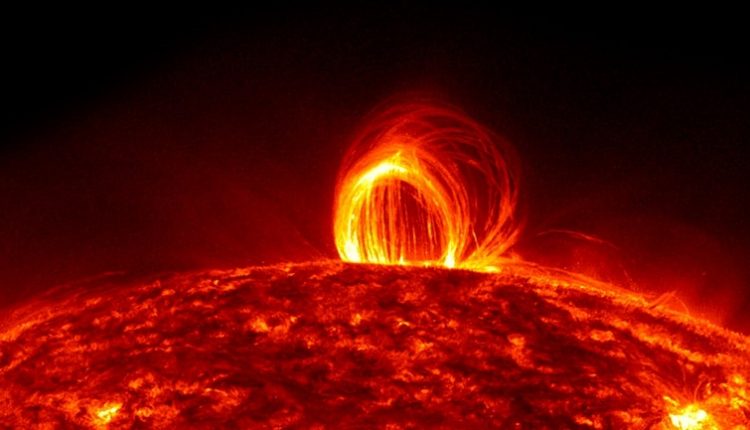 A solar storm is likely to hit Earth today, on 12 July. Solar winds travelling at a speed of 1.6 million kilometres per hour are expected to hit the Earth today and may impact GPS and high-speed internet reported The Indian Express.

A stream of charged particles and high-speed solar winds were created when a hole opened up in the atmosphere of the sun.

These solar flares are the explosions on the surface of the Sun which then release light, high-speed particles and energy into space. The first solar flare of this year happened on 3 July. On 31 August 2012, a long prominence/filament of solar material that had been hovering in the Sun’s atmosphere, the corona, erupted out into space at 4:36 p.m. EDT. Representational image. Image: Wikimedia Commons

It is expected that the solar winds may cause a geomagnetic storm in the magnetosphere. The storms which are caused by the efficient exchange of energy when solar winds enter the Earth’s space are called geomagnetic storms. According to a report in Outlook, this minor storm in the magnetosphere might result in auroras in north and south latitudinous regions.

Quoting the Space Weather Prediction Centre of the United States, the publication reported that high-frequency radio communication might also not be functional for one hour.

The solar flares have been marked at X1 level by the Centre wherein X denotes the classification and the number denotes the strength of the flare. The smallest flares are from the A-class. It is followed by B, C, M and X.