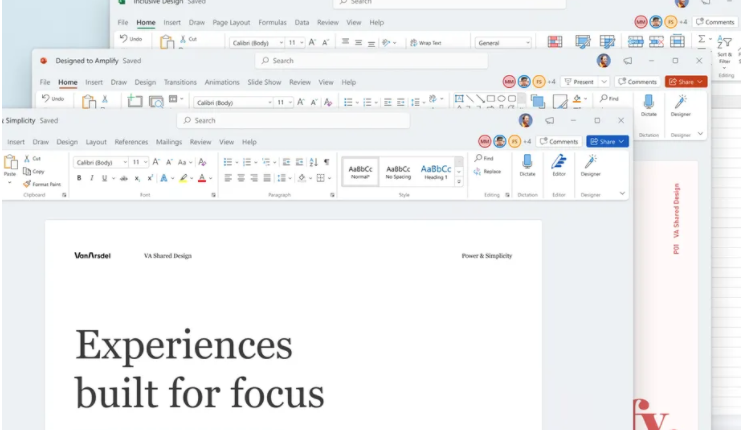 The main changes are a rounded look to the Office ribbon bar, with subtle tweaks to some of the buttons throughout Word, Excel, PowerPoint, and Outlook. Microsoft had originally teased more dramatic changes to its Office UI, which included moving toward more of a command bar instead of the traditional ribbon interface.

It looks like, for now at least, Microsoft is gradually bringing subtle changes to its Office design rather than fully ditching the ribbon interface. Microsoft is still working on adaptive commanding that will eventually see Office’s ribbon interface replaced with a toolbar that can be undocked to float nearby actions you’re taking in documents.

We’re expecting to see those changes appear on the web and mobile versions of Office first, ahead of any significant design overhauls to the main desktop versions of Word, Excel, PowerPoint, and Outlook. Microsoft said last year that these changes could take a year or two to roll out, so we’re only starting to see the first changes in time for Windows 11 right now.

This updated Microsoft Office interface is available for testers on both Windows 10 and Windows 11. You’ll need to be part of the Office Insiders group and set to receive beta channel updates in Office settings. Once you’ve updated, a megaphone icon at the top of any Office app will let you toggle the new UI on or off.

With Just 1 Word, Microsoft Made a Big Change to How It Measures Employee Success.…