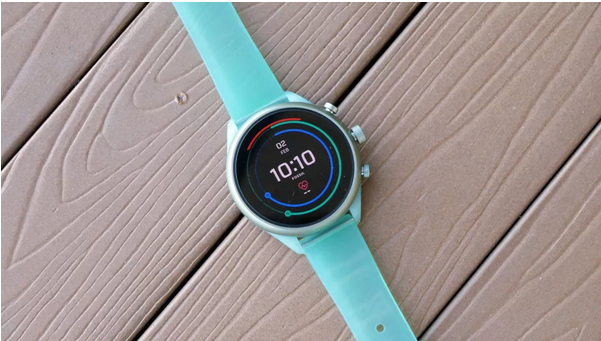 It’s an exciting time for Wear OS – Google’s smartwatch operating system is getting overhauled, with a new version that’s been made in collaboration with Samsung set to land later this year.

We don’t know all the details yet, but from what we’ve heard so far it could be a big improvement, offering better performance and battery life while melding the best bits of Tizen and Wear OS of old.

But even if this new Wear OS fixes all of the software issues we have with the current version (which is a big ‘if’) we’re still not convinced that will be enough to make this the Android equivalent of the smartwatch world. There is hope for that though, if the following five things also happen.

1. Get more support from smartwatch makers

Having a great operating system is all well and good, but it’s not much use if no companies are making smartwatches that run it.

That’s one of the problems it currently faces. While it has significant support from the likes of Fossil and TicWatch, big names are largely absent, with the likes of LG and Sony tapping out of the smartwatch game long ago, while Samsung has for a long time used Tizen instead.

Samsung at least is coming back to the Wear OS side – it’s now confirmed that its next Galaxy Watch (likely the Samsung Galaxy Watch 4) will run this new OS, overlaid with the company’s own (and also new) One UI Watch skin. That’s a big win for Google and Wear OS, but we’re not convinced that one big name can prop up Wear OS.

So we want to see the likes of OnePlus, Nokia, Xiaomi and Honor all making Wear OS watches, too. Perhaps that will happen now that the software has been overhauled, but if not we’d like to see Google work with companies to convince them to give it a chance.

2. Get shown off on a Pixel Watch

Having Samsung on its side is a good start, but what it really needs – what it’s always needed – is for Google itself to show off the possibilities of the OS with a smartwatch of its own, much like it’s got the Pixel range for Android.

The Google Pixel Watch has been long rumored, but hasn’t yet been released, let alone acknowledged by Google. That said, it could land soon. The arrival of Wear OS’s overhaul would be the perfect time for it, and it’s been rumored to arrive at the same time as the Google Pixel 6 (likely in October).

Google has also revealed that it’s building a premium Fitbit that runs Wear OS, and this could end up being the Pixel Watch in all but name, since Google now owns Fitbit. Or maybe the company has multiple smartwatches in the works. Either way, the sooner one or both of them arrive the better.

One of the problems with Wear OS so far has been a lack of updates. In fact, since it switched from being called Android Wear to Wear OS in March 2018, we’ve only gone from Wear OS 1.0 to Wear OS 2.23.

Even the updates that it does get are often quite small compared to those offered by Android, and that can lead to the sense that Google had all but abandoned it, which isn’t going to inspire people to strap Wear OS watches to their wrist.

So this upcoming overhaul is great news, but for Google to maintain any momentum it gains from this we need to see more frequent and more substantial updates going forward.

4. Get more apps made for it

While it isn’t in as bad of shape for apps as Tizen currently is, it could still definitely do with more. Wear OS’ library of third-party apps trails far behind Apple’s watchOS, and even that doesn’t exactly have a wealth of apps available for it.

Part of this is that developers have probably struggled to make compelling smartwatch apps, but given that we’re seeing more release on watchOS, we could definitely see more here, too.

If Wear OS watches become more popular, developers may get inspired to make apps for them. But it’s a vicious circle, because without a healthy app environment, smartwatches running the new Wear OS they might struggle to sell.

Fortunately, Google already has a potential solution to this. The company has announced that it will cut its service fee from 30% to 15% of app revenue for developers who make their apps work on Wear OS (among other Google platforms). That’s a great incentive, but we reckon there are too many requirements and caveats right now – the discount only applies to certain app categories, and only to apps that have over 100,000 monthly active installs on Google Play, for example.

So to really make the most of this we’d like to see Google make the initiative less restrictive. But this is a good start.

5. Be compatible with better chipsets

Another issue Wear OS has faced so far is the lack of good chipsets available to smartwatch makers. They’ve been reliant mostly on Qualcomm, which has both been slow to launch new smartwatch chipsets, and hasn’t launched any particularly impressive ones.

This, along with software issues (which will hopefully be solved in the new Wear OS), mean watches can often feel sluggish, and lacking in battery life.

There’s some promising news here, in that Samsung is rumored to be equipping its upcoming Galaxy Watch with a new home-grown Exynos chipset which promises major performance boosts over Qualcomm’s.

This chipset is also rumored to be coming to the Pixel Watch, but we’re worried that other manufacturers might not have access to it. So for Wear OS to fly, Qualcomm might need to step its game up.

Beaches, These are the 20 most beautiful beaches in the world