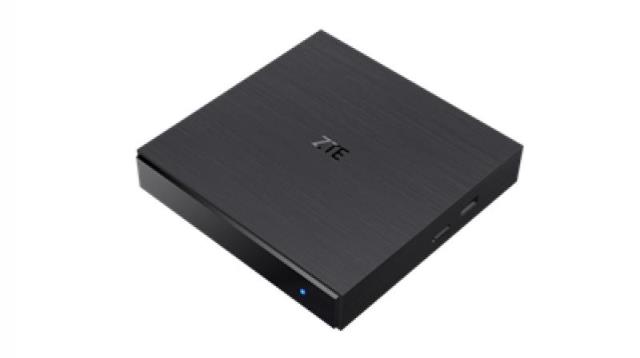 In addition to having presented the new ZTE YouCare Smart T-shirt 5G created in collaboration with an Italian brand, the Chinese company today announced a new TV Box for streaming powered by Android TV during the international technology fair of the Mobile World Congress currently underway in Barcelona.

The ZTE ZXV10 B8655V6-H has a square design with sharp corners and an LED in front that lights up when the device is on. The addition of Wi-Fi 6 allows for faster speeds with low-latency and less interference.

The ZTE ZXV10 B8655V6-H, this is the name of the product, comes with a squared design with sharp edges and an LED at the front that lights up when the device is turned on. The TV also supports the new Wi-Fi 6 technology, which allows you to get to higher speeds with low latency and less interference.

ZTE’s TV Box also supports 4K UHD output and runs with Android TV as an operating system. However, details about it are limited, so we don’t know which version it is. We also don’t know if it will be updated to Google TV. The set top box also supports 4K UHD output and runs Android TV, however, details are limited, so we do not know what version it is. We also do not know if it will be updated to Google TV.

With respect to specs, ZTE says that the streaming box is powered by a quad core Cortex-A55 processor. There is no info on the RAM and storage available. However, the device supports AV1 codec.

There is no info yet on the price and availability but we can expect the device to be sold by companies offering IPTV and OTT services.