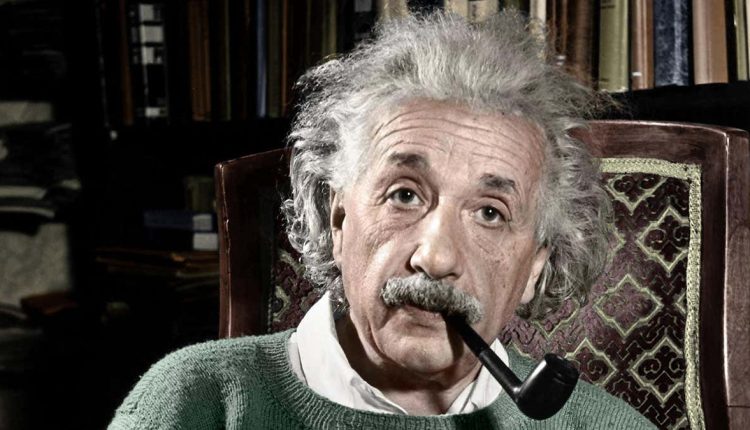 The 1949 letter by the physicist and Nobel laureate discusses bees, birds, and whether new physics principles could come from studying animal senses.

It’s a position still being realized within physics to this day, with a growing body of research and understanding of how animals such as birds and bees find their way around.

Now a study led by RMIT University in Melbourne, Australia, discusses how recent discoveries in migratory birds back up Einstein’s thinking 72 years ago.

The previously unpublished letter was shared with researchers by Judith Davys — Einstein had addressed it to her late husband, radar researcher Glyn Davys.

RMIT’s Associate Professor Adrian Dyer has published significant studies into bees and is the lead author of the new paper on Einstein’s letter, published in the Journal of Comparative Physiology A. “Seven decades after Einstein proposed new physics might come from animal sensory perception, we’re seeing discoveries that push our understanding about navigation and the fundamental principles of physics,” he said.

In April 1949, von Frisch presented his research on how honeybees navigate more effectively using the polarization patterns of light scattered from the sky.

Although this meeting wasn’t formally documented, the recently discovered letter from Einstein provides insight into what they might have talked about.

“It is thinkable that the investigation of the behavior of migratory birds and carrier pigeons may someday lead to the understanding of some physical process which is not yet known,” Einstein wrote.

Professor Andrew Greentree, a theoretical physicist at RMIT, said Einstein also suggested that for bees to extend our knowledge of physics, new types of behavior would need to be observed.

“Remarkably, it is clear through his writing that Einstein envisaged new discoveries could come from studying animals’ behaviors,” Greentree said.

More than 70 years since Einstein sent his letter, research is revealing the secrets of how migratory birds navigate while flying thousands of kilometers to arrive at a precise destination.

In 2008, research on thrushes fitted with radio transmitters showed, for the first time, that these birds use a form of magnetic compass as their primary orientation guide during flight.

One theory for the origin of magnetic sense in birds is the use of quantum randomness and entanglement. Both of these physics concepts were first proposed by Einstein.

The letter to Glyn Davys shows the openness of Einstein’s mind to novel possibilities observed in nature and the evidence that he took an interest in von Frish and his bee research.

Why do some animals have sperm 20 times the length of their bodies?

TPM chips Why Windows 11 is forcing everyone to use?