Up 7nm Horse Creek with a $2 billion paddle? 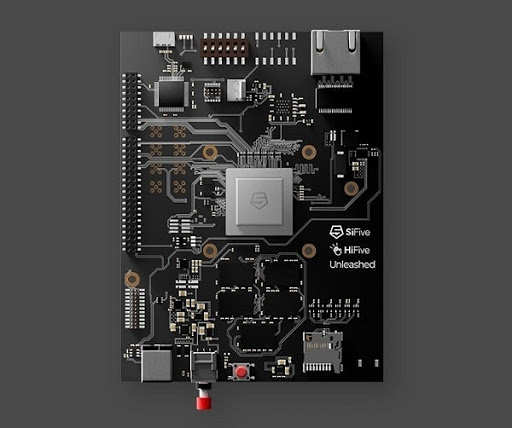 SiFive, the leading designer of chips based on the open source RISC-V architecture, announced its new SiFive Performance line of chips today that support 64-bit operating systems, like Linux. The company claims the P550’s processors are the fastest RISC-V cores on the market and beat Arm’s Cortex-A75 chips in terms of area efficiency. Perhaps not so surprisingly, Intel, which has reportedly offered $2 billion to buy the plucky startup, also announced that it would adopt the designs for use in its future 7nm Horse Creek platforms.

Intel hasn’t shared many details of its Horse Creek development platform yet, but given that it uses the company’s yet-to-be-released 7nm process, we expect the test chips to arrive in the 2022/2023 time frame. Intel will incorporate its own leading-edge interface IP, like DDR and PCIe, into the chip and notes that the 7nm Horse Creek platform is “a valuable and expandable development vehicle for cutting-edge RISC-V applications.” As such, we imagine the project could expand to other connectivity options in the future, like the accommodations needed for 3D, chiplet, or tile-based processor designs.

Intel also says that it plans to “showcase to mutual customers” the P550 design incorporated into its Horse Creek platform. Hence, it’s rational to think Intel could eventually productize a design as part of its pledge to produce RISC-V chips based on SiFive’s designs. That will come through its new IDM 2.0 initiative that will find Intel operating as a third-party foundry for other chip companies (much like TSMC).

RISC-V is most commonly used in microcontrollers and small, simple chips, earning it quite the industry uptake. SiFive’s Performance series is an application processor-class design, meaning the chips have a memory management unit (MMU) that enables running an operating system — in this case, Linux (albeit that doesn’t mean as a general-purpose machine). This is preferable to the stripped-down real-time operating systems (RTOS) commonly used for embedded applications.

SiFive claims that its new Performance P550 core is the highest-performance RISC-V processor on the market, delivering a SPECINt 2006 score of 8.65/GHz that’s comparable to existing proprietary application processors. The P550 scales up to four cores that can be crammed into the same amount of silicon area as a single Arm Cortex-A75 core, yet SiFive says it beats the A75 in performance metrics. The P550 comes with SiFive’s U84 microarchitecture with a thirteen-stage, triple-issue, out-of-order pipeline.

RISC-V is evolving into more expansive use cases as the architecture matures. The RISC-V organization plans to evolve the standard to accommodate faster chips for high-performance applications in the future.

SiFive revealed the broad strokes of its new Performance platform today, but there’s still much more to learn as it works its way to market. That starts with a July 14th webinar that will expand on the details.

Intel made more money than ever last year